Siyabonga Gama denies Guptas paid for his 2016 stay in Dubai 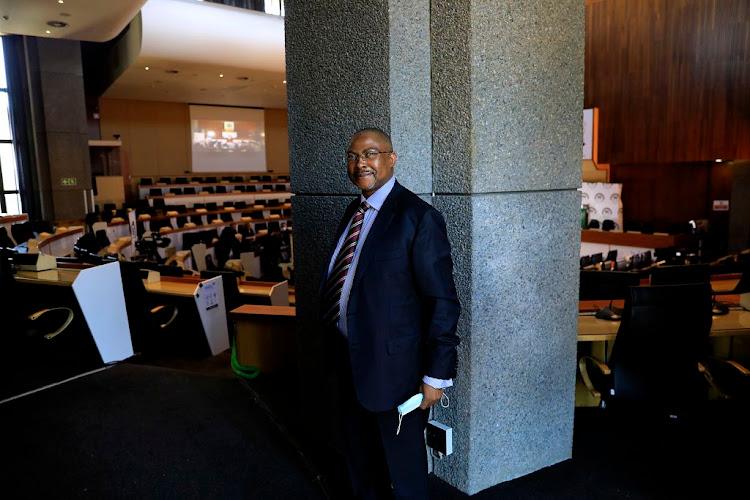 Former Transnet CEO Siyabonga Gama at the state capture inquiry in Joburg on March 11 2021. He was back at the inquiry on Friday.
Image: ALON SKUY​

Former Transnet CEO Siyabonga Gama’s stay at the Oberoi Hotel in Dubai in 2016, and who paid for it, featured prominently during his testimony at the Zondo commission of inquiry into state capture on Friday.

Gama denied that any Gupta-owned business paid for his stay.

The hotel had sent a reservation confirmation to Chawla for Gama’s stay from January 22 to 24 2016.

Gama said he did not know Chawla.

Gama, however, had testified on Monday that Gupta associate Salim Essa helped him book the accommodation, but said he had paid for it himself.

Siyabonga Gama told the state capture inquiry on Friday he does not know Gugu Gigaba, the sister of former cabinet minister Malusi Gigaba, and has ...
Politics
1 week ago

Myburgh then presented a document from the Oberoi Hotel dated January 24, an invoice for Gama’s stay. The company billed was Sahara Computers and it was signed by Gama.

Gama said he paid the 4,650 Emirati dirham bill when he checked out.

Myburgh then presented the commission with an invoice from the hotel to Sahara Computers dated February 2 2016.

It listed a number of stays, including that of Gama for January 22 to 24, and a payment of the 4,650 dirham bill, that was still unpaid.

Myburgh said another invoice to Sahara Computers was sent by the hotel three weeks later where the amount was still owed.

Gama maintained he paid for his stay when he left the hotel. He said he could not find a copy of the invoice that he paid. He then wrote to the hotel, probably in 2017.

“I wrote to the hotel and asked it to send their invoice. And they did. The invoice will show that I paid on the day that I left,” said Gama.

He said his legal team had the invoice that he obtained in 2017, and it was presented to the commission on Friday afternoon.

Myburgh also presented the commission with an invoice that Trillian had billed Transnet for its role as lead arranger of the R12bn club loan facility for the acquisition of 1,064 locomotives on December 3 2015.

Transnet was being charged R93m.

“Is it correct you authorised that on December 3 2015, a month before meeting Mr Essa?” asked Myburgh.

Gama agreed. “Yes, except that this is Trillian Asset Management, a capital raising entity. As I understand it, it it is owned by someone else.

“I do not know at which point Essa assumed any ownership of Trillian, whether it is this Trillian or it is another Trillian.”

Gama’s testimony will continue on a date yet to be determined.

How the Guptas captured the state, and why it won’t happen again: Cyril

A gold necklace, a white BMW, bags of cash and a R5m wedding — these were some of the shocking revelations shared by Norma Mngoma on the lavish ...
Politics
2 weeks ago

Transnet and the SIU have approached the courts to review and set aside the four contracts the company entered into in 2014 to procure 1,064 ...
Politics
2 months ago
Next Article