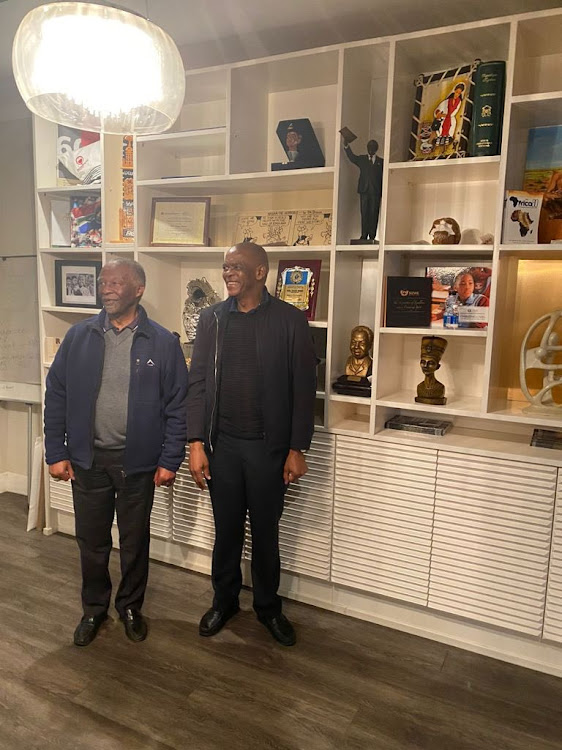 Embattled ANC secretary-general Ace Magashule has completed his consultations with former leaders and is expected to inform the party whether or not he will be stepping down from his position.

Magashule faces a raft of corruption charges related to the much publicised asbestos removal tender in the Free State awarded during his tenure as premier.

The National Prosecuting Authority (NPA) accuses Magashule of receiving kickbacks from those who were awarded the contract.

Since he has been formally charged, Magashule is expected to step down from his position after a decision by the ANC national executive committee that those facing criminal or other serious charges must step down until they have cleared their names.

This decision was taken to protect the integrity of the party which has been accused of corruption patronage.

Magashule had asked to be given 30 days to consult with past leaders before making his decision.

He on Saturday completed those consultations after meeting former presidents Thabo Mbeki and Kgalema Motlanthe.

It is expected that he will meet President Cyril Ramaphosa and possibly the entire top six on Sunday to inform them of his decision.

Whatever decision he makes will then be taken to the party’s national working committee on Monday to consolidate it into a report of all the ANC members affected by the step-aside resolution.

Those around Magashule have however revealed that he will not go down without a fight and that he is planning to exhaust all internal processes.

It is expected that he will tell the top six on Sunday that he will not be stepping down, which would prompt a possible suspension at the NEC next weekend.

Following his expected suspension, Magashule would initiate the appeal processes which are still being finalised by the party’s treasurer-general Paul Mashatile.

It is not clear whether Mashatile’s appeal guidelines will suggest that Magashule and others remain in their positions during their appeals or that they appeal while on suspension.

Remove those who refuse to step aside: ANC veteran Mavuso Msimang

There was no word from the ANC yesterday about the fate of embattled secretary-general Ace Magashule, the most high-ranking of party members expected ...
Politics
1 year ago

After his latest fall from grace, will there be another resurrection for Supra Mahumapelo?
Politics
1 year ago

Magashule has written to Mahumapelo telling him that his membership remains “intact” by virtue of appealing his five-year suspension.
Politics
1 year ago