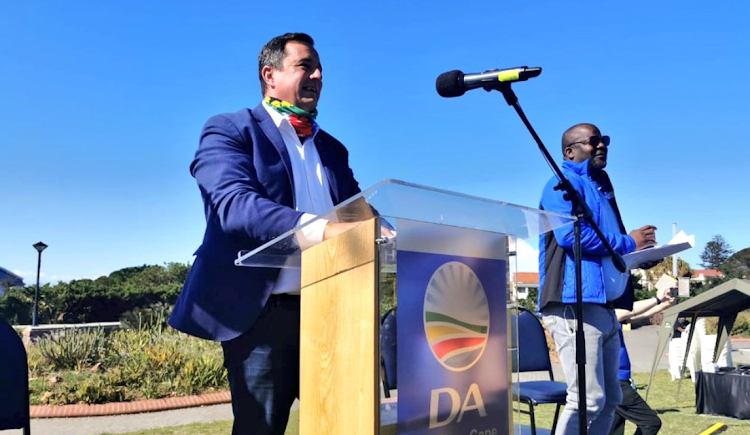 DA leader John Steenhuisen said on Monday the party, unlike the ANC and EFF, is ready for local government elections later this year.

The party will this month host “the biggest virtual rally” to ensure the safety of its members and supporters amid Covid-19 fears.

The debate about whether SA should hold elections on October 27 amid a pandemic has received mixed responses from politicians.

Finance minister Tito Mboweni caused a stir over the weekend with a call to postpone the elections to prevent the spread of Covid-19. EFF leaders are also of the same view.

But not the DA, said Steenhuisen.

“While senior ANC members like finance minister Tito Mboweni are putting out messages on social media asking for the elections to be postponed, and the EFF are still dithering about their readiness to contest the elections, the DA has none of these issues. We are neither distracted nor confused,” he said in a statement.

For the ambitious plan to work, the party would have to capture 55 more seats in the October poll.
Politics
1 year ago

Steenhuisen said the DA is the only party in SA that has used technology during the pandemic to interact with its supporters and members.

Mboweni said door-to-door campaigning and long lines at voting stations, among other issues, were cause for concern in spreading Covid-19.

The minister also made it clear he will not be attending any campaigns, saying: “Postpone this thing and save lives! The world won’t end!”

EFF deputy president Floyd Shivambu accused the minister of opportunism and questioned whether he had raised his concerns with President Cyril Ramaphosa.

One SA leader Mmusi Maimane said the elections must go ahead as planned so South Africans can vote out the ruling party.

The finance minister cited the threat of Covid-19 as his main concern and called for the postponement of the elections.
Politics
1 year ago

Julius Malema urged scores of supporters to back the EFF across branches come the local government elections in October this year.
Politics
1 year ago