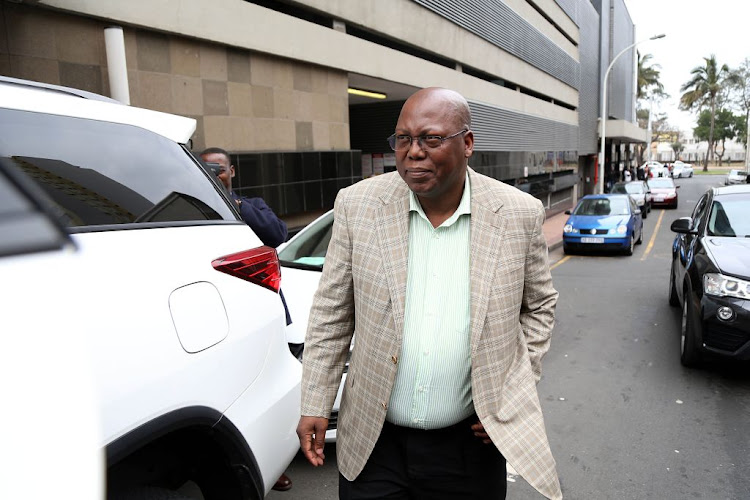 Former ANC KwaZulu-Natal deputy chairperson Mike Mabuyakhulu — who stepped aside this week — told the Zondo commission on Wednesday that allegations that he accepted a R1m donation linked to a corrupt government contract as an ANC donation were false.

Mabuyakhulu was appearing at the state capture inquiry to account for his role in an alleged corrupt water purification plants project by the KZN government from more than a decade ago.

According to a forensic expert Trevor White, who previously testified at the commission, the KZN government circumvented procurement processes to favour Intaka, a company belonging to businessman Gaston Savoy, who allegedly donated R1m to the ANC.

According to Mabuyakhulu's version, the donation to the ANC — which was received by him in cash in 2008 by then head of KZN provincial treasury Sipho Shabalala — had nothing to do with Intaka.

ANC KZN heavyweight is first to abide by ‘step aside’ rule

His decision comes after the ANC said on Tuesday that leaders facing crime, corruption charges will be suspended
Politics
1 year ago

To his knowledge, at the time he collected the cash from Shabalala, Intaka funds paid to Khuboni and Shezi Attorneys — and passed over to Shabalala — were disbursed to 14 different companies 10 months earlier.

“There is no basis to link the two, as far as I am concerned,” he said. “I place on record that none of the 29 payments were made to me personally, were for my personal benefit, or for the benefit of the ANC,” said Mabuyakhulu in an opening statement at the commission.

Mabuyakhulu added that, in any case, at the time it was “not policy of the ANC for donors to reveal sources of their donation”.

Mabuyakhulu was charged for the matter in 2011 but charges against him were later withdrawn. He protested that his incorrect implication in the matter had caused him great harm.

“For the past 12 years I have endured character assassination. This has resulted in untold damage to my reputation when I have done nothing,” he said.

ANC strongman Ace Magashule will no longer be allowed to publicly speak on behalf of the party, or lobby anyone on its behalf.
Politics
1 year ago

Provincial ANC heavyweight Mike Mabuyakhulu has failed in his attempt to quash corruption and money laundering charges he is facing relating to a ...
Politics
2 years ago