'It's been nightmares for everyone': Bheki Cele apologies for backlogs at police forensic science labs 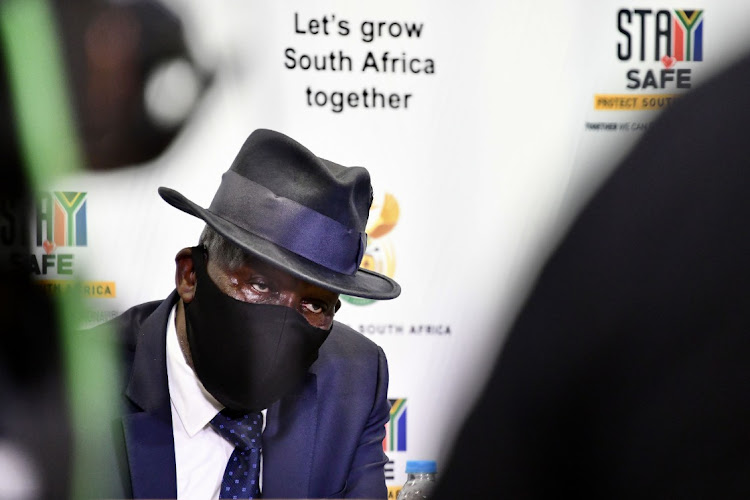 Bheki Cele: 'I apologise to all victims of crime for the pain and anguish these delays have caused.' The national backlog at forensic science laboratories is 208,291 cases.
Image: GCIS

Police minister Bheki Cele has apologised to victims of crime whose cases have been delayed by backlogs at forensic crime labs.

He said the backlog was giving police sleepless nights.

“It has been nightmares for everyone relying on the services of the laboratories to find fight justice and closure,” said Cele.

He said his department has been working hard to solve the issue of backlogs.

“As the minister of police on behalf of SAPS I want to take this opportunity to apologise sincerely to all victims of crime for the pain and anguish these delays have caused. We owe it to all of you to be transparent about how we got here and how we will improve this situation as we move forward,” said Cele.

He was addressing the National Assembly during a debate on the backlog on DNA testing at the crime labs.

Cele said the current national backlog at the forensic science laboratories stood at 208,291 cases — and he attributed this to poor contract management for testing kits. He said 36,626 of the cases were DNA-related and 82,000 were related to gender-based violence and femicide.

SA's inspector-general of intelligence has accused the police, defence and state security ministers of attempting to 'censor' his evidence at the ...
Politics
9 months ago

Cele said they were hoping to solve the backlog in the next 18 months.

DA MP Andrew Whitfield placed the blame squarely on Cele, but said President Cyril Ramaphosa was complicit in the crises.

“Now, this debate today is not about politics, but it is about executive accountability and because the minister has failed so spectacularly to resolve a crisis which he has caused, the buck today must stop with the president.

“Fundamentally, though, this is a debate about justice and why the failure to take forensic sciences seriously has led to a miscarriage of justice for thousands of victims of some of the most violent crimes in our country. It is about ensuring that there are consequences for violent criminals and that they are not put back on to our streets to rape and murder with impunity,” said Whitfield.

EFF MP Naledi Chirwa also slammed the SAPS, saying they raised the matter of “crises of rape kits” across the country. “You were quick to say we were lying, knowing very well the harrowing stories of the children as young as three years old being subjected to seeing their rapists roaming the streets because you do not process DNA rape evidence kits.

“Children, women and LGBTQI people who suffer from gruesome crimes at the hands of treacherous men must today acknowledge that their rapists, more than 100,000 of them, multiplying each year, are not behind bars because the government of the day is hoarding evidence in the fridge and will continue to do so for years to come,” said Chirwa.

She said rapists and murders will continue to perpetuate their crimes because they are confident that the SAPS will misplace evidence, lose it or not collect it at all.

The office of police minister, Bheki Cele has moved to quash claims that all SAPS officials who had previously been deployed to the royal palace in ...
News
8 months ago

Over the past three years, 799 Western Cape police officers were investigated for breaching policies around the use of state vehicles.
News
8 months ago