Unions want a salary increase equal of inflation plus four percentage points, plus a risk allowance of 12% of basic salary 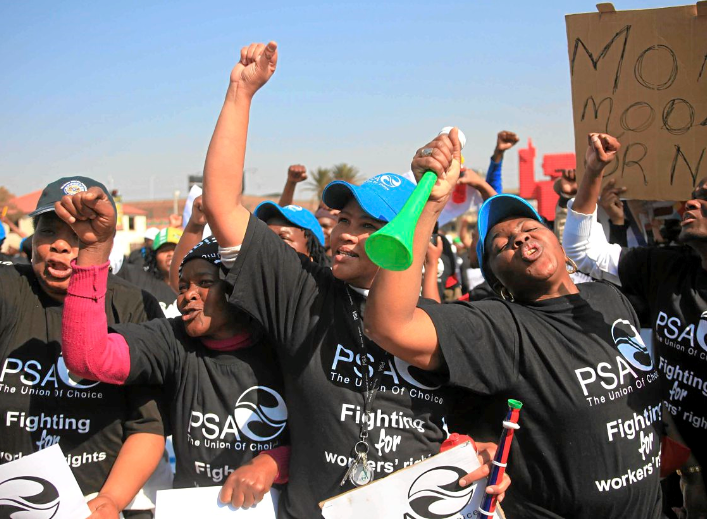 The Public Servants Association says the government will have to go back to the drawing board. File photo.
Image: Simphiwe Nkwali

The government has tabled a revised offer of a 1.5% salary hike and a R978 cash gratuity for a year in a bid to end the stalemate in the public sector wage negotiations.

This after almost three months of deadlocked talks at the Public Sector Co-ordinating Bargaining Council as the state previously insisted on a 0% salary hike  and a wage freeze for the next three years — citing a fiscal cliff.

Labour unions having been demanding  a salary increase equal to consumer inflation plus four percentage points. They are also demanding a risk allowance of 12% of basic salary because of the Covid-19 pandemic.

TimesLIVE understands that the government offer states that employees will not receive a pensionable salary increase during 2021, but will have their salaries adjusted by at least 1.5% and will receive a monthly non-pensionable cash gratuity of R978 for 12 months.

Chief negotiator for Cosatu’s public-sector unions Mugwena Maluleke would not be drawn on revealing details of the revised offer except to say, “the employer has tabled a revised offer but I can’t confirm the details as the council has to follow a formal process first.”

Meanwhile, the Public Service Association (PSA), which has lodged a dispute, claimed to have been excluded from the talks. Spokesperson Reuben Maleka slammed the move which he said had brought about more confusion for affiliates.

Commenting on the revised offer, Maleka said the government needed to go back to the drawing board.

“This offer is a far cry from the demands tabled by the PSA. Employees are struggling to make ends meet the rising costs of basic needs and the effects of the pandemic. Frontline workers are still expected to continue to perform their duties under hazardous conditions despite not having received a salary increase for last year. The PSA is calling on the employer to seriously consider the offer on the table and come up with serious proposals to break the deadlock,” he said.

The unions had threatened to embark on “the mother of all strikes” if the government failed to end the deadlock.

“Our warning is that the government must take the public servants very seriously, they are the ones driving government machinery, the ones in the front lines. They've put their lives at stake to the protect the nation. They continue to do so with diligence. If the government is going to take advantage of that we might find this country being plunged into a mother of all strikes in a pandemic era — and therefore it will be an indictment on the government that is supposed to listen to the people,” Maluleke said earlier.

Public service and administration minister Senzo Mchunu could not immediately be reached for comment.

Trade unions in the public sector warned of the "mother of all strikes" as they met the government in another round of wage negotiations yesterday.
News
6 months ago

EDITORIAL | By asking for public help, Mchunu is passing the buck