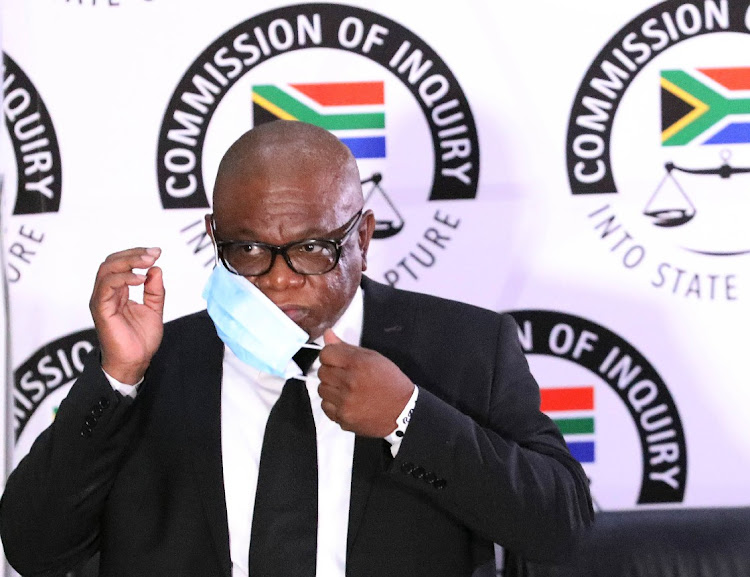 Chaskalson's submission will be laid on the foundation of Makhubo's testimony to the inquiry about him allegedly unduly benefiting from companies such as EOH during his time as ANC Joburg regional treasurer and member of the mayoral committee responsible for finance in the ANC's last stint as outright ruler of the city.

According to the evidence leader, Makhubo was not being truthful when he said that he resigned from his company Molelwane in 2011 and derived no more financial benefit from the company that received money from service providers to the city.

Some of the companies that made payments to Molelwane were also big donors to the ANC in the region when he ran its finance office.

“Chair, I am going to suggest that there was a corrupt relationship here. I am going to rely, in part on the false statements he has made in relation to Molelwane,” said Chaskalson.

For Joburg mayor Geoff Moloantoa Makhubo, there was nothing wrong with a company he had dealings with benefitting from contracts worth millions from ...
Politics
9 months ago

Makhubo's claim in a radio interview that he had resigned from Molelwane “was false”,  according to Chaskalson.

“You were still managing the financial affairs of Molelwane as late as 2019. I struggle to understand why you would make these statements that are so clearly false in relation to your relationship with Molelwane after 2011 and the only conclusion that I can reach [is] that it was improper to continue to benefit when their primary income came from parties who were buying at the City of Joburg, where you were an office bearer.

“The evidence is overwhelming that the payments made by EOH were made to buy your influence.”

EOH was a leading donor to the ANC when Makhubo was city finance MMC.

This was at a time when the company scored big in tenders at the city and documented communication between its top guns indicated that they counted on Makhubo's influence.

This, according to Chaskalson, was proof enough that Makhubo was bought.

Said Makhubo: “The whole thesis of counsel here is not correct. No-one bought influence from me. I stated that we wanted to derive value and extract whatever was owed to Molelwane. So I disagree with the counsel.”

Ramaphosa’s testimony at Zondo did not go far enough

The voluntary appearance by President Cyril Ramaphosa at the state capture commission is an important step in the right direction that we must all ...
Opinion & Analysis
4 months ago

The ANC was on Friday yet again exposed for blurring the lines between party and the state.
Politics
4 months ago