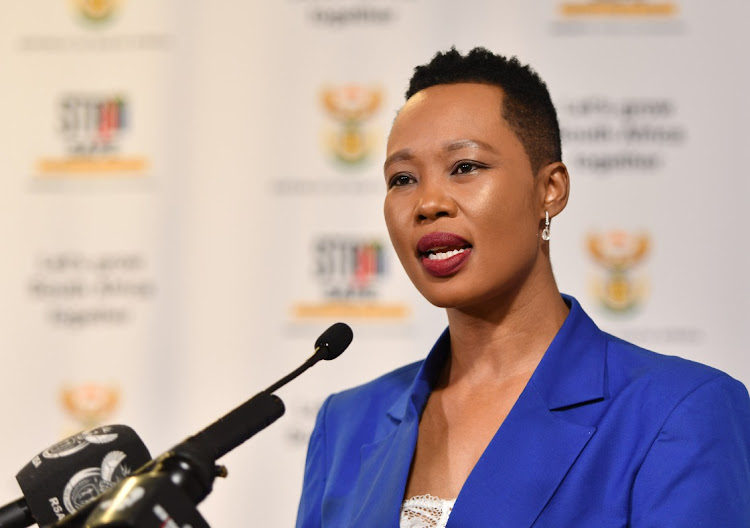 Many criticised the minister’s ability to deliver on her promises, including making internet accessible to all South Africans. They also took aim at the slow pace of digital migration and the dismal performance by state-owned entities.

Praise from her political party members was expected, with ANC MP Boyce Maneli saying that in his 2021 state of the nation address President Cyril Ramaphosa had identified telecommunications as one of the areas of reform to realise the economic reconstruction and recovery plan.

“Budget votes such as these tend to focus on state-owned entities and their ability to not deliver on their targets. We also tend to focus on funds appropriated in the form of bailouts in previous years which have not led to solutions,” said Maneli.

This, said Maneli, meant that there is little focus on projects that have been successfully implemented by the government.

He welcomed the move to fast-track digital migration, saying, “This will ensure that both subsidised and unsubsidised households will digitally migrate to enjoy free-to-air channels which includes the parliament channel that they are not accessing from paid-channel services.”

Government ready to expand 5G and fibre to all South Africans, minister says

Communications and digital technologies minister Stella Ndabeni-Abrahams on Tuesday announced that R27bn had been pledged collectively by operators ...
Politics
8 months ago

But the DA’s Zakhele Mbhele said: “It is time for change.”

Mbhele added: “Now, more than ever before, it is fundamental to change and go back to basics. This is fundamentally and abundantly clear in the communications and technologies portfolio where entities are due for fundamental reform.”

He said state-owned companies needed to be turned around from being sluggish to self-sufficient, sustaining and value-adding operations.

“The truth is that with declining economic growth and tax revenue forecasts for the foreseeable future, some kind of painful change will inevitably happen down the line for these entities, whether they want it or are ready for it,” he said.

The EFF’s Vuyani Pambo said it was critical to note the continued financial failure of the department.

“Your presentation shows that over the past four years, your department has been operating at a loss of over R1bn per year. As the EFF we are highly sceptical of any projections on how costs will be saved by this department,” Pambo said.

Pambo said the department had failed to deliver services for South Africans.

He added that the failures were evident in the millions of people who have to stand in long queues to get their social grants. Pambo also expressed concern over the government's decision to hold the national local government election in October labelling it as a “super spreader event.”

The EFF then rejected the budget.

State is tackling the problems of SOEs

The purpose of a thesis is to analyse and comment on information from a body of research and how it relates to the chosen topic or subject matter.
Opinion & Analysis
10 months ago

The IFP’s Zandile Majozi noted the gains made in making broadband available to all South Africans.

However, she expressed concern that “the cost of data remains too high for most South Africans”.

“Advances made for the availability of the internet in the country have also been disappointing,” she said.

COPE’s Willie Madisha said the department lacked the capacity to deliver on what was agreed upon.

“South Africans are without a doubt faced with some of the state-owned entities that look down on decisions taken by parliament.”

For example, he said, the management of the state broadcaster was contrary to the decisions taken in parliament — “and [the SABC] continues to ignore and do the opposite. Our decisions are ignored, poor workers are not respected and more and more people are kicked out of jobs. What’s next?”

“Our priorities are linked to strengthening regulatory policy framework, the stabilising and turning around of SOEs, and protection of children from cyber and online harm, among others.

“After cabinet approval we published the draft White paper on audio and audiovisual for comment in October 2020. The public consultations for the policy are in process and we hope to submit the final policy through the minister to cabinet in this financial year for immediate implementation.”

The data and cloud policy has also been gazetted for public consultation, said Kekana.

Responding, Ndabeni-Abrahams welcomed the criticism, saying the department had tried in the past four years to improve services to South Africans.

“We would urge all South Africans to be patient, allow the state to serve the majority of SA and to of course recognise the historical legacies we have inherited while addressing the current challenges,” said Ndabeni-Abrahams.

TOM EATON | What next? The post office is bullying its way back into the delivery game

The SA Post Office’s partnership with Wish promises parcels will be delivered 50% faster. That could mean anything
Opinion & Analysis
8 months ago

The ANC plans to approach the SABC to seek more airtime from the public broadcaster to spread its "propaganda" in the lead-up to this year's local ...
News
8 months ago

Boesmanskop and surrounding towns in the Free State became the first areas in SA to experience digital migration when their analogue television ...
News
10 months ago