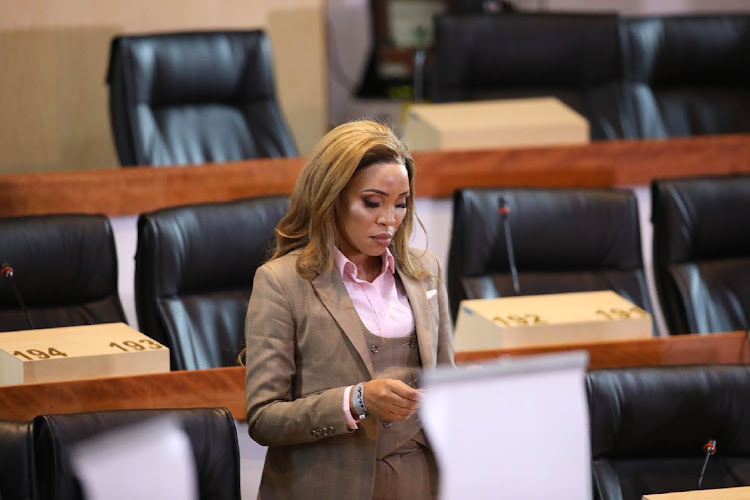 Norma Mngoma, the estranged wife of former minister Malusi Gigaba, on Thursday told the state capture inquiry about her husband's manoeuvres to bury information linking him to the Gupta family.

According to her, it started early last year when she requested that they divorce.

Gigaba apparently asked to be given more time, saying that he was preoccupied with preparing to give testimony at the Zondo commission and was finishing up submissions for his PhD studies.

Mngoma granted him the request to hold off the split.

But not long after that, Gigaba had an IT expert at their home and asked Mngoma to hand over her electronic devices. When she enquired why, she said Gigaba claimed he wanted the expert to wipe out all information that may link him to the Guptas.

She refused to hand over her devices and the IT expert left.

But later Hawks officers visited their home, demanding Mngoma's electronic devices. They said they were doing an investigation about a WhatsApp message she had sent to one of Gigaba's family members.

When she handed over the mobile phone from which the message was sent, they also demanded she hand over all her devices — including two mobile phones, a laptop and tablet.

Two weeks later, on a Friday, the Hawks were allegedly back at the Gigaba residence and she thought the visit was to hand back her electronic devices. To her surprise, they were there to arrest her. She appeared in court the following Monday and her devices were returned to her the following day.

“I started opening my gadgets and discovered everything Malusi had said we needed to delete that related to the Guptas was gone,” she said.

“I started paging through to check. They did not delete all my data, but what was deleted was everything that related to all our trips to Dubai that the Guptas paid for, and it was all the pictures of the car that Guptas gave him as a gift. And also a picture that I took at the Gupta wedding in Sun City.

“Everything related to the Guptas was deleted.”

A gold necklace, a white BMW, bags of cash and a R5m wedding — these were some of the shocking revelations shared by Norma Mngoma on the lavish ...
Politics
8 months ago

Norma Mngoma hits back: 'People must not force me to be loyal to people who aren't loyal to me'

Mngoma said she was inundated with messages from people who asked her why she spoke out against former minister Malusi Gigaba.
News
8 months ago

Ahead of President Cyril Ramaphosa's appearance before deputy chief justice Raymond Zondo this week, the commission played host to a different, if ...
Opinion & Analysis
8 months ago