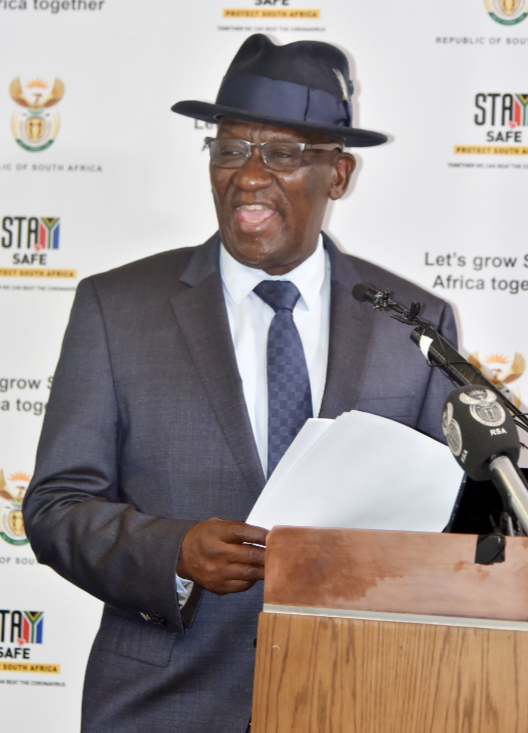 Police minister Bheki Cele said 1,763 members of the police from all provinces had been trained specially on GBV in the past year. File photo.
Image: Freddy Mavunda

Cele announced this during his department's budget speech in parliament on Thursday afternoon. He said the money would be distributed to provinces.

“An additional amount of R100m was allocated to provinces for prioritisation of gender-based violence response and strengthening the [family violence, child protection and sexual offences] unit,” said Cele.

He said 1,763 members of the police from all provinces had been trained specially on GBV in the past financial year.

“The country has made great strides in bringing awareness and waging a fearless war against GBV. While the reality remains that people are still waking up daily to news of another gender-based violence or femicide-related incident, what is encouraging is the high-impact joint response from the criminal justice system,” said Cele.

He said the police were concerned about the backlog in its forensic laboratories, which resulted in delays in cases where DNA is used to prosecute.

Many of such cases involve rape and gender-based violence.

“Poor contract management, corruption and lack of leadership have put the whole country under siege on such an important service delivery [issue].”

Cele admits DNA backlogs are severe but are being addressed

Cele said the delays had been severe, but that 42% of dockets for crimes committed against women and children that had been outstanding for over a ...
News
1 year ago

He called for drastic consequences for the backlog, saying he has engaged with commissioners.

Cele said 127 scientists had been promoted to critical posts at the police forensic labs, while his department has advertised an additional 150 posts for forensic analysts at warrant officer level. The posts are expected to be filled in July this year.

“To us the crisis goes beyond the huge backlog that is reported. We go further and put ourselves in the shoes of ordinary South Africans who are reliant on DNA outcomes to find closure to the rape, murder and other heinous crimes suffered by their loved ones.”

He said the police would work tirelessly to bring the forensic labs to full functionality within 18 months.

Cele said GBV will continue to be a priority for the police, with emphasis on turning around the police forensic labs.

The rape allegedly happened during break time on the school premises in Ivory Park, Thembisa.
News
1 year ago

Girl, 4, allegedly raped and strangled to death in North West

Police in Kgomotso, Taung, are investigating the alleged rape and brutal murder of a four-year-old girl this past weekend.
News
1 year ago

"The sexual violence meted against women in this country is simply shameful," says police minister Bheki Cele.
News
1 year ago