Electrical appliances in the kitchen were ‘destroyed’

The department of international relations and co-operation has written to ambassador David Kweli Nkosi to request he foot the R700,000 bill incurred in damages to a luxury apartment in Vienna.
Image: South African Embassy Vienna, Austria/Facebook

The DA is pushing for an amendment to the foreign services bill that would see diplomats abroad held personally liable for damages to properties they use.

DA MP Darren Bergman told TimesLIVE this was necessary due to the trail of destruction left by ambassadors abroad which, in some instances, had tarnished the name of SA.

“Diplomacy is about building relations and respect with foreign nations, but this has not been the case with some diplomats,” he said.

In one of the incidents, SA diplomat David Kweli Nkosi allegedly left a property in Vienna, Austria, badly damaged in August 2020.

In a written parliamentary response about the incident, department of international relations and co-operation (Dirco) minister Naledi Pandor said the damage amounted to R714,000.

“The department was advised by the mission there are no arrangements made to pay back damages as the mission did not agree with the landlord’s claim,” Pandor said in response to questions posed by Bergman.

“A request for a legal opinion has been submitted with a view to getting guidance on the legal options available to the department to recover the debt.” 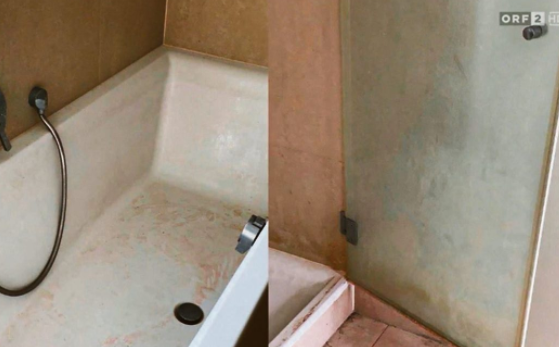 Dirt and grime in the apartment rented for ambassador David Kweli Nkosi in Vienna.
Image: AfriForum

The DA highlighted in March that an Austrian TV show had flighted an exposé on the state in which Nkosi had left his luxury rented apartment. Dirco was still reeling from other property scandals involving officials in New York and Los Angeles.

In the TV show, the property owner had threatened to take legal action.

AfriForum had in March also written to Pandor expressing their concern. They said the apartment owner Karl Widy alleged that all the electrical appliances in the kitchen were destroyed and valuable cutlery was missing.

Widy said there were no glasses left in the apartment, the window frames and door frames were damaged, the sink, bath and toilet were stained, the walls and floors were dirty and stained with black soot, and the place was infested with cockroaches.

Bergman told TimesLIVE that in such a case, the landlord had to fix the property with no assurance of being reimbursed.

Pandor refuses to give reasons for suspending DG Kgabo Mahoai

It has since been revealed this was not the first time that Nkosi had damaged a  property on a mission abroad.

Before his deployment to Vienna, he was in India and allegedly damaged a rented property there.

That damage amounted to about R53,000 and Pandor said Dirco had footed that bill. The department wrote to Nkosi earlier this month requesting he pay it back.

“No amount has been recovered from the official. However, an e-mail was sent on May 14 2021 to advocate Nkosi in an attempt to recover the amount paid for damages in India,” Pandor said.

In another parliamentary response, Pandor revealed Dirco had lost millions in unreturned rental deposits for 101 properties rented for officials abroad over the last five years. Pandor said the deposits amounted to R9,393,429.

“The reasons for not receiving back the deposits are damages to properties and deposits used by the landlord for maintenance work and repairs to damages,” she said.

Former SA deputy minister of arts and culture Rejoice Mabudafhasi will in a fortnight present her credentials in Harare as she takes up residence ...
News
11 months ago

The international relations and co-operation minister announced on Thursday that the department had taken a decision to close 10 diplomatic missions ...
Politics
1 year ago

The first secretary at the Swiss embassy in Tehran was found dead on Tuesday after falling from a high-rise building where she lived in the north of ...
News
1 year ago