During his Sunday evening address to the nation, popularly known as the “family meeting”, Ramaphosa announced that SA would move to adjusted lockdown level 2 in anticipation of a third wave of Covid-19 infections.

He said more than two thirds of health workers had been vaccinated.

“More than 67% of public health workers have been vaccinated. These health workers received the Johnson & Johnson vaccine, which only requires a single dose. Since the evidence shows that older people are at a far greater risk of severe Covid-19 illness and death, we have prioritised the elderly for this second phase,” he said. 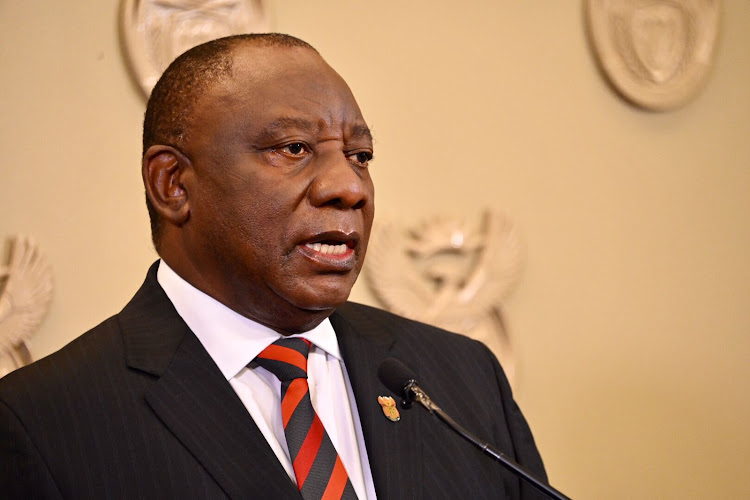 President Cyril Ramaphosa announced that SA will move to adjusted level 2 during his address on May 30 2021.
Image: Elmond Jiyane/GCIS

“Over the last two weeks, over 480,000 people have received the first dose of the Pfizer vaccine as part of the public vaccination campaign. Because the Pfizer vaccine requires two doses to provide maximum immunity, these people will need to have a second dose 42 days after their first dose.

“In total, over 960,000 people in South Africa have received one vaccine dose. Within the next few days, we will have administered vaccine doses to more than one million of the most vulnerable South Africans,” said Ramaphosa.

However, the rollout of the Johnson & Johnson vaccine, of which the country has procured 30-million doses,  has been delayed.

“The scheduled delivery of the Johnson & Johnson vaccines has however been delayed due to regulatory issues related to lack of adherence to proper standards at a manufacturing plant in the United States.

“We are waiting for these issues to be resolved before the first batch of Johnson & Johnson vaccines can be released from the facility in Gqeberha in the Eastern Cape. While this is a challenge that has affected the supply of vaccines for many countries and not just in our country, we are in constant contact with the relevant authorities to ensure that our doses can be released as soon as possible,” said Ramaphosa.

Around 1.3-million Pfizer doses have already been distributed and nearly 500,000  administered.

“The next 636,000 [Pfizer] doses arrive tonight with weekly deliveries of an equivalent volume until end-June, when we will receive 2.5-million doses.”

There are more than 400 vaccination sites across the country.

“As we have previously reported, we have secured enough vaccines to reach all adults in the country, which is around 40-million people.

Within the next few days, we will have administered vaccine doses to more than one million of the most vulnerable South Africans.

He said it had been heart-warming to see images of elderly citizens receiving their vaccine and to read the many stories of kindness and solidarity from those who have visited a vaccination site.

The country is in phase 2 of its vaccine rollout, which targets mainly people above the age of 60.

Ramaphosa said there are three million people registered on the electronic vaccine data system but acknowledged there had been some glitches causing delays.

But Ramaphosa said work was under way to solve the glitches in the system. He also said there were further difficulties for the elderly who have no access to the technology needed to register on the system.

Discussions with other vaccine manufacturers, such as Sputnik V from Russia, were under way, including a process of getting approval from SA health authorities.

4 ways to register to receive your Covid-19 vaccine

- By calling the national toll-free call centre on 0800 029 999, where somebody will help you to register and answer any questions about the vaccination rollout

SA will move to lockdown adjusted level 2 from Monday.
News
1 year ago

Happiness from taverners that level 2 doesn't close the booze tap

The National Liquor Traders Council has welcomed the government’s decision not to place any restrictions on the sale of alcohol when SA moves to ...
News
1 year ago