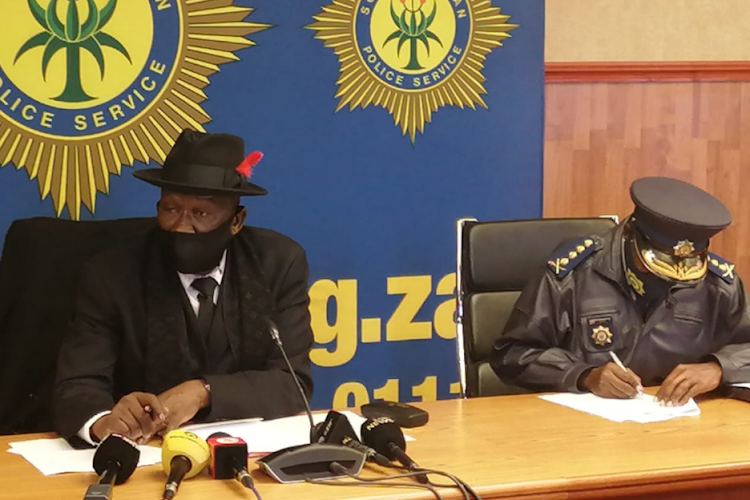 Politically motivated murders in KwaZulu-Natal are getting the attention they deserve.

This was the word of police minister Bheki Cele, who addressed journalists in Durban on Wednesday, providing an update on the latest developments in the work of the interministerial committee (IMC) intervention on political killings in the province.

The IMC was appointed by President Cyril Ramaphosa in 2018 to address the scourge of political killings in KZN. Cele said that since its formation the task team has investigated 226 dockets in which 251 arrests have been made in politically related cases.

Cele revealed that 46 accused have been found guilty, 30 of whom were convicted for murder. Out of 34 murder cases:

Cele said a number of high-profile cases were being given priority, which included that of former ANC Youth League secretary-general Sindiso Magaqa and ANCYL member Wandile Ngobeni.

Magaqa and Ngobeni's murder cases were further cast into the spotlight when two notable mayors were arrested in connection with their cases.

The then Harry Gwala district mayor Mluleki Ndobe was arrested in March 2019 and after a week in custody had the charges against him provisionally withdrawn.

One of former eThekwini mayor Zandile Gumede’s campaign co-ordinators was shot in Durban on Tuesday night and died in the early hours of Wednesday in ...
Politics
5 months ago

After a battle with cancer, Ndobe is believed to have taken his life on November 6. At the time of his death he held the positions of deputy speaker in the KwaZulu-Natal legislature and an ANC provincial executive committee member.

Newcastle mayor Ntuthuko Mahlaba also found himself on the wrong end of the law when he was arrested in connection with the murder of Ngobeni in 2019.

After only a few appearances in court, charges were dropped against him, the NPA citing a lack of witnesses willing to testify.

Cele said other notable political cases include that of Qashana Mchunu, a former ANC ward councillor, which will get under way in court on July 26.

“Seven suspects have been arrested, one suspect has been charged with murder and four of the suspects will face charges of conspiracy to commit murder.”

The alleged killers of IFP member Sibuyiselo Phineas Dlamini will also have their day in court, with the matter set down for November 22.

“The trial date of alleged the killer of ANC ward councillor Sibusiso Maphumulo has been set down for May 2 next year.”

Cele said the trial relating to the murder of Oscar Hlatshwayo, an executive director of the Alfred Duma municipality who was shot several times during an apparent ambush after dropping his children at school in February 2019, would resume on August 16.

“Four suspects have been arrested for his murder.

“The case of Sibusiso Mbhobo, an EFF member, has been concluded. Four of his killers were handed four life sentences each for his murder.

He said the killer of NFP member Derick Mthethwa is serving a 10-year prison sentence.

Three suspects, including a Stellenbosch municipal office bearer, were taken into custody by police on Monday night in connection with the 2019 ...
News
2 weeks ago

“We are concerned about what appears to be a growing disturbing culture of violent and criminal activities being orchestrated to eliminate ...
Politics
2 months ago

Man accused of murdering IFP councillor gets life behind bars

An accused in the 2019 murder of an IFP councillor has been sentenced to life imprisonment. The councillor, Mfanzo Nzuza, was gunned down at his home ...
Politics
5 months ago