'MPs have really been cut to the bone': Ramaphosa denies politicians are living it up at taxpayers' expense 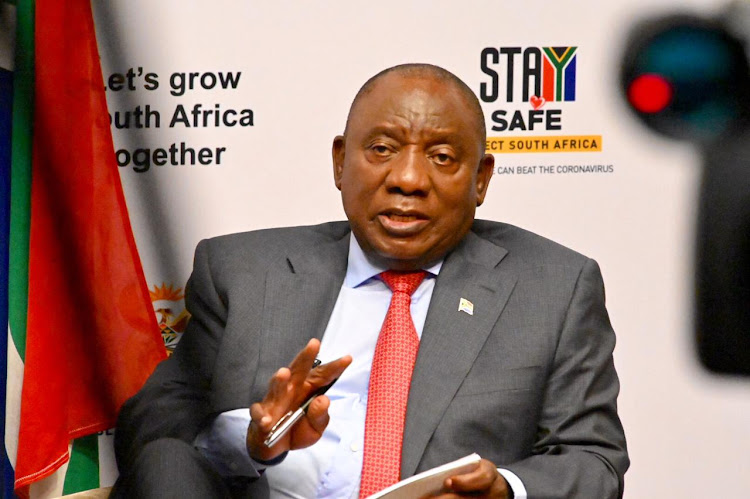 President Cyril Ramaphosa during a Q&A session with journalists on Thursday.
Image: GCIS

President Cyril Ramaphosa has defended the salaries and other benefits of MPs, saying the argument that legislators are highly paid fat cats “living it up” with generous benefits from the taxpayer does not hold up.

Ramaphosa advanced this assertion while responding to a question on the conditions of service of current and former MPs and ministers, as well as their post-retirement benefits, during a media session with the Parliamentary Press Gallery Association in Cape Town on Thursday.

Ramaphosa took questions on the performance and size of his cabinet, saying “right now there's no place to migrate to a smaller cabinet”.

Proponents of a reduced cabinet have long argued that downsizing would reduce substantially the hundreds of millions of rand now spend annually on ministers and their ministries.

But turning to the salaries and benefits of MPs, Ramaphosa said it was not true that lawmakers were “enjoying the [state] largesse”.

A backbencher MP earns R1.1m per year, with those chairing parliamentary committees and leading minority opposition parties such as the EFF's Julius Malema earning R1.3m.

Beyond their pay, MPs and their spouses get taxpayer-sponsored flights to fly between Cape Town and their hometowns, while they get state-discounted food and alcoholic drinks at the restaurants of parliament.

However, despite all of these benefits and huge pay, Ramaphosa said it was not true that MPs were “living it up”.

He said the country's MPs had not had salary increases for a number of years now due to the shrinking size of the public purse, which has continued to plummet under Covid-19.

“The benefits have been there. Always I find it very difficult to take away benefits from people,” said Ramaphosa. “But I guess in really difficult and trying times, there will come a time and those can be looked at. But for now, I think MPs have really been cut to the bone, they've not had an increase for quite a while now.

“Quite often, to many people it may seem like they are living it up, but not in real life. And believe you me, it's not, I was once an MP.”

Ramaphosa said most MPs had to carry the cost of running two households, one in Cape Town and another in their hometown as not all MPs were able to relocate with their families to Cape Town, the legislative capital.

He said this diminished the income earned by MPs who had a hectic work schedule.

“The work we impose on our MPs is quite costly and many of them end up not making ends meet.”

'I am handling it to finality': Ramaphosa denies it was a political risk to act slowly against Zweli Mkhize

'I'm handling this matter and I will handle it to finality. It is concerning, it is disturbing and I raised it frontally because of its importance - ...
Politics
7 months ago

Ramaphosa ignores critics as he talks up SA's prospects

'As this presidency, we are determined and willing to join forces with all those who want to see South Africa recover, grow and thrive,' Ramaphosa ...
Politics
7 months ago