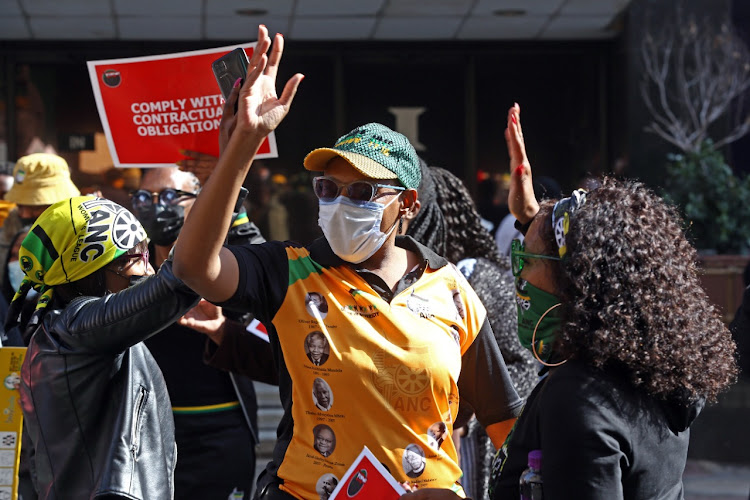 ANC acting secretary-general Jessie Duarte says it will require sober and decisive action to deal with the problems currently faced by the ruling party.

This after scores of disgruntled staffers took to the streets at the party’s headquarters, Luthuli House in the Johannesburg CBD, on Tuesday to air their grievances over late and unpaid salary payments, provident funds, medical aid and other “unfair” labour practices.

The issues have been going on for more than four years, severely affecting the wellbeing of their families, according to picketing staffers.

“We acknowledge as a movement that the issues raised by our staff are legitimate, and the movement must do better to ensure its staff are treated fairly. The difficult situation faced by ANC staff and by the ANC as a movement will require sober and decisive action,” said Duarte.

She said the party’s financial woes were the result of a crippling economy, the Political Party Funding Act and the urgent need to modernise the ANC’s operational and funding models.

We must add, comrades, that many of our difficulties stem from the fact that the ANC does not close the door on people.

However, she said there was commitment to resolve them.

“We are committed to conclude the process of addressing this situation head-on and within the shortest possible period. The movement is looking into all these matters,” she said.

Duarte assured workers there was a plan in place to deal with their grievances. Part of the plan was for national officials to personally meet workers in the coming week, she said.

“We have a plan in place to manage the outstanding payments due to the provident fund and other third parties' contributions. We are committed to paying staff their salaries and while the payments may not be at the end of every month, there will be a monthly payment.

“We also wish to give our assurance that no salaries will be reduced and if we do need to retrench, this will be done after consultation with staff representatives as labour law prescribes,” she said.

Staffers, however, are demanding swift action.

“As workers, we have served the ANC with utmost dedication in ensuring it executes the mandate given to it by the people of SA. As such, we should be treated with dignity,” said spokesperson Mandla Qwane.

“Over the past four years there have been repeated late payment of salaries and failure to comply with labour laws. The fact that we have spent the past three years without the provident fund being paid leaves much to be desired.”

He said they had given the employer seven days to respond or take action on their grievances. Failure to do so would result in undesirable outcomes, he said. 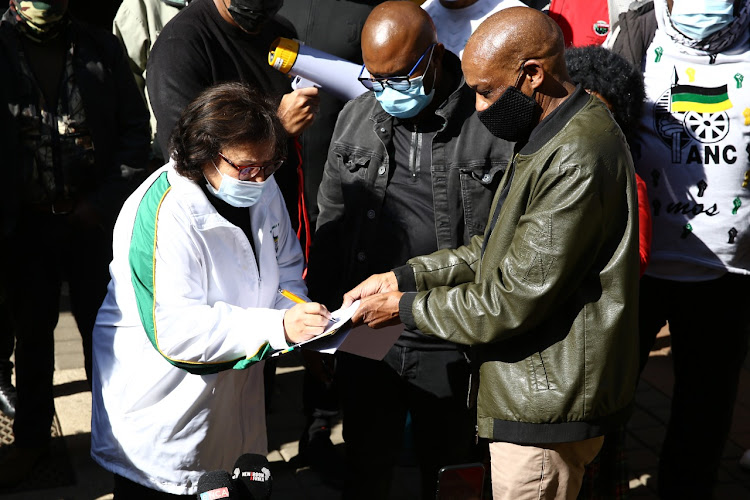 “We’re saying we’ve had enough. Our concern is that if we allow this to happen, it will continue. We must speak against it so it stops. We are saying there must be a step forward, there must be a sense — some semblance — of commitment to resolve the issues,” he said.

Duarte refuted allegations there had been ghost workers on the party’s payroll, admitting, however, that some staffers were kept in the organisation not on merit but because “it was the right thing to do”.

“We must add, comrades, that many of our difficulties stem from the fact that the ANC does not close the door on people,” she said

“We will review this and ensure we have staff who do a full day’s work.”

She moved to assure workers there would be no retrenchments without consultations taking place.

“If we need ever do undergo any restructuring, it is going to be with you and not without you. You will be part of the decision.”

ANC staff to picket over salary cuts: What you need to know so far

Employees are set to picket outside Luthuli House next week.
Politics
1 year ago

The ANC is auditing its employees after the party discovered a significant number of "ghost workers" on the payroll.
News
1 year ago

ANC treasurer-general Paul Mashatile says the party will leave no office untouched in reducing its bloated salary bill, including a possible ...
Politics
1 year ago