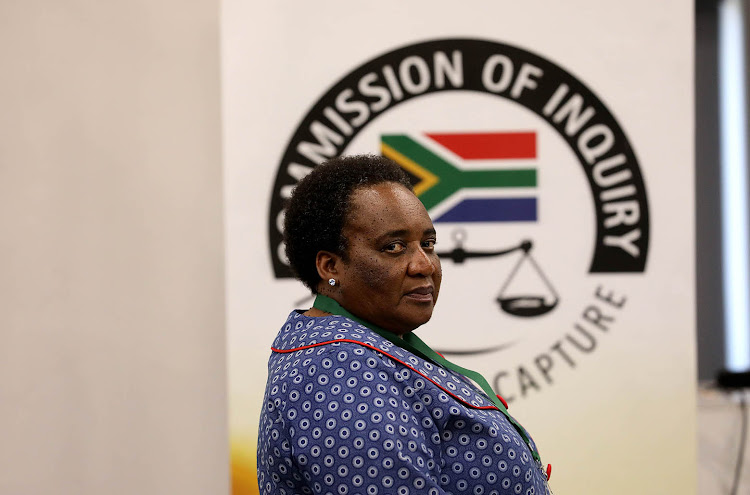 The two were relegated to the political wilderness for five years following heightened ANC-linked political tensions in the municipality, located in the party’s second biggest region in the country.

Nkompela, who is a provincial executive committee (PEC) member, once led the region with a strong grip and continues to yield influence in its political machinations, with most of the chaos in the municipality attributed to his tiff with the ANC’s provincial leadership.

He and Nogumla had their ANC membership suspended after defying a PEC instruction that they step down from the municipal council after it suspended the municipal manager.

They appealed to head office, citing procedural unfairness and claiming they were being targeted.

The Luthuli House NDC chaired by Midred Oliphant concluded the PDC was not procedurally above board when it convened the hearing that led to Nkompela and Nogumla’s membership being suspended.

Preparing for the fifth municipal elections during the Covid-19 pandemic has presented the Electoral Commission with a difficult balancing act, ...
Politics
1 year ago

The NDC said to promote party “unity”, the province should have found a better way to discipline the two members instead of suspending their membership. The eight NDC members unanimously decided to review and set aside their suspension.

The decision comes as a relief for Nkompela in his quest to continue controlling ANC dynamics in the region ahead of the party’s regional conference.

The NDC said stability in ANC structures in the region was paramount.

“The NDC found the evidence led by the ANC of the emergence of factionalism and parallel structures in the [OR Tambo] district municipality to be very disturbing,” reads part of the ruling.

“The fact that [Nkompela and Nogumla] were not prepared to obey the PEC directive to resign is symptomatic of deeper organisational challenges, [and] consequently disciplinary action and suspension of the comrades should have been the last resort.

“The NDC is of the view that the current crisis in municipalities and the palpable tension evidenced among the comrades does not bode well for the prospects of success for the ANC in the forthcoming elections.”

The suspension of Nkompela and Nogumla was “reviewed and set aside” while ANC NEC member Senzo Mchunu was directed to broker peace between the Eastern Cape PEC and the OR Tambo municipality ANC caucus.

ANC acting secretary-general Jessie Duarte says it will require sober and decisive action to deal with the problems currently faced by the ruling ...
Politics
1 year ago

The MKMVA has accused ANC national chairperson Gwede Mantashe of bullying tactics and of allegedly ending a virtual Zoom meeting abruptly when the ...
Politics
1 year ago