“I would like to emphasise that I am a man of integrity and I am honest,” former minister Malusi Gigaba said. 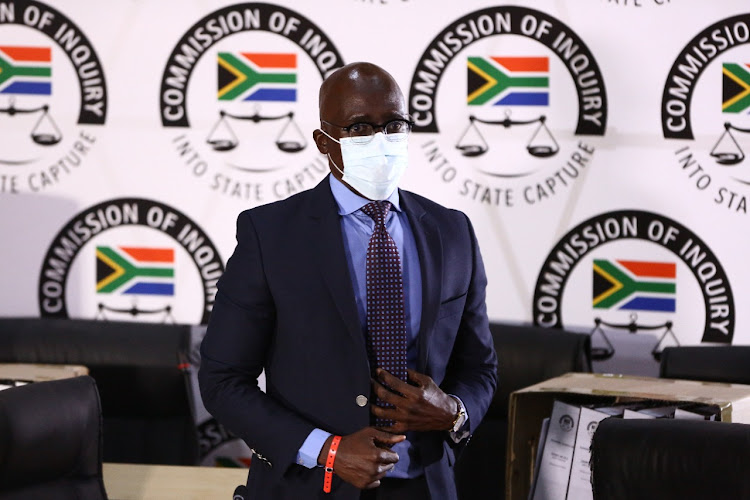 Former minister Malusi Gigaba is determined to convince the state capture inquiry that he is an “honest man of integrity”, while his estranged wife Norma Gigaba is a “pathological liar”.

This after Gigaba on Thursday night continued to deny all evidence presented at the same forum by Mngoma, who had implicated him as a Gupta puppet who served the fugitive Indian family with aplomb during his tenures in various ministerial postings.

The commission presented several allegations made by Mngoma, to which Gigaba replied, “That is a lie.”

For starters, the former multiple-portfolio minister was quizzed on Mngoma's claim that during one of their many visits to the Gupta compound in Saxonwold, Johannesburg, she saw a money-dispensing machine in the house. She said it looked like an ATM, where the family withdrew money to bribe politicians and executives of SOEs.

Gigaba laughed at this, saying it was the first time he had heard that a private individual could have an ATM in their home.

“It is bizarre to me that Miss Mngoma could be shown an ATM that could dispense an entire R10,000,” said Gigaba. “If she is not lying, as she always does, it would mean she was alone. I do not know anything about it. I have visited many people who are wealthy, I have never seen any of them including leaders of banks who have an ATM at their private residences.”

Mngoma also told the inquiry that she and Gigaba had been to a cinema and a steam room inside the Gupta residence. According to Gigaba, if such things existed at the Gupta home, he had never had sight of them.

Who pulled the plug on their marriage?

But the Zondo commission would be incomplete if the Keeping Up with the Gigabas reality show did not touch on their separation.

On Thursday night it was asked who first requested the divorce between the estranged couple.

Mngoma claims it was her who did so in February 2020 and that Gigaba asked her to hold off until his appearance at the Zondo commission. But Gigaba disputes her version.

“The issue of the divorce was initiated by me in August/September of 2020. In February 2020 I did not know that I would appear before the commission,” he said.

Was Mngoma offered their home to remain mum on Gupta relationship?

Mngoma had also alleged that Gigaba offered to give her their Blue Valley home as part of the settlement agreement, if she pulled out of testifying at the Zondo commission.

“Miss Mngoma lied. She asked me how about I give her that residence and I told her the residence is the legacy of our children and it was still owing a lot of money. I said I am willing to give you the house but then you must carry on the bond,” said Gigaba.

Gigaba also slammed Mngoma's allegations that he was obsessed with advocate Tembeka Ngcukaitobi and “liked picking on him”.

And he understands why she is doing this, he said, because it was her who spilt the beans on secrets she had with Ngcukaitobi.

Gigaba charged: “She informed me that Mr Tembeka Ngcukaitobi was very excited with her submitting an affidavit at the commission.

“Where would have I found that she had spoken to Mr Ngcukaitobi? I would not go out of my way just to fabricate lies, these are all things that she told me.

“I respect advocate Ngcukaitobi, he represented me when I was at home affairs. I have no personal grudge against him. But Miss Mngoma was kicked by a horse on her chest, she was not able to withhold the secrets that they had. I have high regard for advocate Ngcukaitobi.”

During their domestic drama last July, it was asked why Gigaba unleashed Hawks officers on Mngoma, and why the officers confiscated her electronic gadgets.

Gigaba said the officers were the same that had been investigating a case he had opened earlier — that of an alleged plot to kill him, in which Mngoma was suspected to be involved.

Mngoma claimed that the Hawks officers who confiscated her electronic devices and did so to delete pictures implicating Gigaba in state capture.

“The confiscation of her gadgets was to establish if she was involved in the plot to kill me. It had nothing to do with expunging anything from her phone. What she is saying is a deliberate lie to present a particular picture about an attempt to hide anything.

“Early last year I received an SMS text which alleged that Miss Mngoma had hired people to kill me.”

Why believe Gigaba and not Mngoma?

Gigaba insists that Mngoma is a discredited “pathological liar” who has contradicted her own testimony at the commission and does not deserve to claim the moral high ground.

“I would like to emphasise that I am a man of integrity and I am honest,” said Gigaba.

'I am sorry for raising my voice, chairperson, but I am filled with pain and anger at how my family is being dragged into this when they do not ...
Politics
11 months ago

Norma Mngoma hits back: 'People must not force me to be loyal to people who aren't loyal to me'

Mngoma said she was inundated with messages from people who asked her why she spoke out against former minister Malusi Gigaba.
News
1 year ago

IN QUOTES | Gigaba refutes claims by Norma about 'influence' of Guptas, Dudu Myeni and Zuma

Gigaba said it's unfortunate that Mngoma said there's nothing she can do with R3,000 as this is a luxury for many households.
Politics
11 months ago