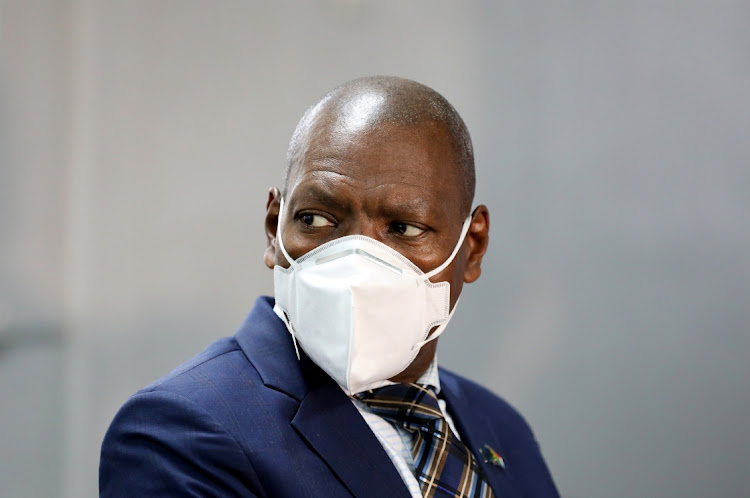 A legal opinion has found that MPs in the portfolio committee on health erred when they failed to hold health minister Zweli Mkhize accountable for his alleged role in the Digital Vibes saga.

“Our view is that a mere investigation does not invoke the application of the sub judice rule. Even where a matter is pending before a court of law, the sub judice rule cannot be applied in a manner that may compromise the constitutional mandate of parliament of exercising oversight over the executive,” said senior parliamentary legal adviser Siviwe Njikela on Thursday morning.

Njikela delivered a summary of the legal opinion after Mkhize’s failure to appear before the committee two weeks ago.

At the time, Mkhize told portfolio chair Sibongiseni Dhlomo that he had received a legal opinion advising him not to appear before the committee, citing the Special Investigating Unit’s probe into the awarding of a R150m tender to Digital Vibes.

Instead, it was the department of health’s director-general Dr Sandile Buthelezi who was delegated to lead the briefing. He too told parliament that he could not go into detail in the matter as the DA had opened a case against him and Mkhize.

Delivering his opinion, Njikela said he was requested to advise parliament on the application of the sub judice rule to a matter being investigated by the police or the SIU.

He based his opinion on a matter involving Midi TV (e.tv) and the director of public prosecutions, in which the Supreme Court of Appeal found that “there must be a demonstrable and substantial prejudice to the administration of justice for the sub judice rule to apply and there must be a real risk that prejudice will occur and not just speculation”.

Njikela said: “I think, even in the context of parliament, parliament needs to make an assessment whether its oversight function over a particular functional weighed against the possible disadvantage that may flow from the sub judice rule that there must be a balance.

“The oversight role cannot be completely compromised purely on the basis of an allegation that there is a sub judice rule.”

Njikela then delved into rule 89 of the National Assembly rules, which states that no member may reflect upon the merits of any matter of which a judicial decision in a court of law is pending.

Two things that need to be considered are the merits of a matter and a pending decision by a court of law, he said.

“Looking at the Midi TV [e.tv matter], looking at the standard that it [the court] set and doing an analysis of section 89 as it stands, our view is that a mere investigation does not invoke the application of the sub judice rule.

“There must be a careful balancing act that must be done to make sure that parliament is able to proceed to do its work as constitutionally mandated, in the same way that the judiciary as a separate arm should be given the space, and the executive the same space.”

Most importantly, “we are saying that the portfolio committee has a constitutional obligation to hold the executive functionaries to account. That is the specific mandate given to the committee as an extension of parliament, so there has to be that exercise and it has to be done carefully and without harming the interest of any other arm.”

There must be a careful balancing act ... to make sure that parliament is able to proceed to do its work as constitutionally mandated.

After hearing the legal opinion, Dhlomo explained that the committee had planned to override its earlier decision on not holding Mkhize accountable.

Dhlomo said, “We were not going to get minister Mkhize who was on special leave because I learnt that it is unprecedented to get a minister on special leave to come to a portfolio committee when there is an acting minister with executive powers to deal with that work.”

Philip van Staden from the FF Plus said he believed that Mkhize should still be asked to account, even though he is on special leave.

“I strongly believe that the minister must still appear before this committee to answer any unanswered questions and the minister’s special leave must not serve as a backdoor for him. I am not saying he is doing it, to get out of appearing before the committee,” he said.

Evidence gathered from a thorough investigation will decide if any arrests are to be effected in the fraud and corruption case lodged against two ...
News
1 year ago

While Mkhize has “apologised unreservedly”, Van Staden said he must personally clarify confusion as to whether he signed a contract or a memo (submission).

“There is clearly more to this matter than meets the eye.”

The NFP’s Ahmed Munzoor Shaik Emam agreed with Van Staden, saying the matter was never sub judice. “It is unprecedented that someone on special leave will be required to appear before the committee, but the request was made before the minister went on special leave. As the minister, he still remains a member of the cabinet, even though there is an acting minister.”

The DA’s Siviwe Gwarube, who has always insisted that the matter was not sub judice, said “members had failed to understand the rule and the rules of parliament by invoking that [which] was not applicable”.

“This was a complete waste of time — our time and SA’s time — and that meeting was stalled because of certain members who invoked a rule that they knew very well was not applicable,” she said.

Gwarube insisted that Mkhize should be summoned to appear before the committee.

Zweli Mkhize put on special leave over Digital Vibes scandal, but is this enough? SA weighs in

The minister said on Tuesday he is the one who raised the issue of special leave with the president after his family was dragged into the Digital ...
News
1 year ago

Munyai pleaded with MPs to allow the acting minister to continue with her presentation.

“The executive must account to the public. As the ANC, we don’t support corruption. It must be dealt with decisively and everyone must account for the responsibility that they had. But the fundamental principle is that it is practically impossible for someone on [special] leave to account because that person is not within the space of government to account.”

He said the capacity to invite anyone to appear before it is not linked to a particular portfolio.

“You could have resigned from the public service or the executive but if the committee feels that there is information that [you] can assist it with, the committee in terms of section 56, has the power to summon you ... you can summon anyone to give testimony to you in respect of any matter on which he has knowledge.”

On the flipside, Njikela said, “whether minister Mkhize, as we speak, is in a position to speak about the issues of the department, that is a separate question”.

Dhlomo then asked if parliament should wait for the person to return from special leave, to which Njikela said, “I do not think there is a rule which says you must wait for the special leave to end. It simply says you can invite anybody to appear before you to answer questions in relation to the matters at hand.”

Constitutionally speaking, Njikela said when an acting minister has been appointed, the executive authority for that department is vested in the acting minister until further notice.

“So you can’t have, at the same time, two ministers exercising executive authority over a department. So special leave means that somebody has moved out of the position, even if it is temporarily.”

Acting minister Kubayi-Ngubane said she would account to the committee.

“The minister of health, minister Mkhize, who is on special leave, in terms of the responsibilities is not able to speak on behalf of the portfolio publicly while he is on leave. Therefore it is myself who has the authority in terms of political responsibility to speak,” she said.

She said the department would reach out to the SIU to provide answers.

“I just want to flag that there will be constraints from our side in terms of publicly discussing. For example, in the discussion, we will not be discussing the names of the people, specifically because the investigation has not been concluded.”

Kubayi-Ngubane told MPs that this was not in terms of the sub judice rule but this was being done so that it does not jeopardise the case.

“Our responsibility, both as the executive for the portfolio and the accounting officer, is to ensure that we do not compromise the process and we do not tamper with it in such a way that we end up with no outcomes.”

Another week passes in SA, and with it another Covid-19 corruption allegation rears its ugly head, this time in relation to the mass sanitising of ...
Politics
1 year ago

Good appointment, but are the two hats not in conflict?

Since there is a real possibility that health minister Zweli Mkhize may never return to the job, President Cyril Ramaphosa could soon have a major ...
Opinion & Analysis
1 year ago

Who next for the health job? Fikile Mbalula, Blade Nzimande or dare I say Nkosazana Dlamini-Zuma?
Opinion & Analysis
1 year ago