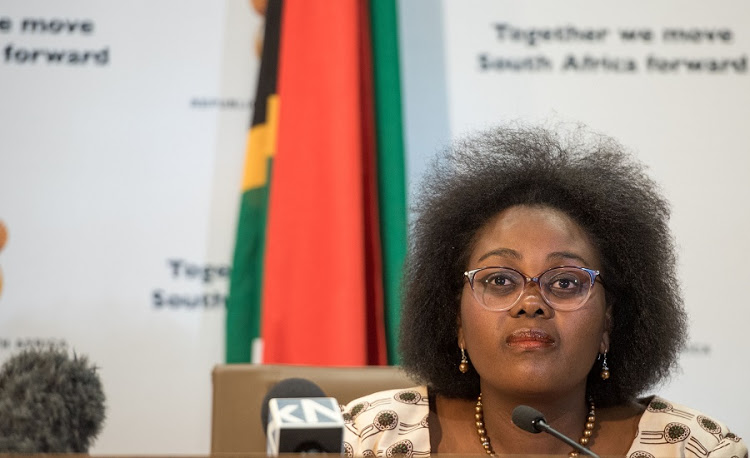 She said political leaders should be exemplary and protect the lives of their supporters.

Speaking at the portfolio committee on health on Thursday, Kubayi-Ngubane said the country is “technically in the third wave of infections”, and urged political leaders to adhere to the tightened Covid-19 restrictions to prevent infections.

“Gauteng is our major concern. We can call it ‘the fires are burning in Gauteng’. What is most concerning is what one observed yesterday [Wednesday]. Many of us would have seen from social media and TV that mass gatherings happened yesterday [Youth Day], despite the fact that alert level 3 was called and regulated.

She said these political parties were “acting irresponsibly”.

“When we are leaders, part of the responsibility we have is to make sure we protect the lives of those who support us and put us into leadership.”

Some attendees did not adequately follow Covid-19 safety precautions as they were seen without masks and not social distancing.

The event was held hours after President Cyril Ramaphosa announced SA would be moved to alert level 3 due to the rise in Covid-19 infections. Under the adjusted regulations, no more than 100 people are allowed to gather outdoors.

The SA Medical Association (Sama) is the latest organisation to react to the regulations under level 3, saying the restrictions on the sale of ...
News
11 months ago

As the country commemorated Youth Day on Wednesday, EFF leader Julius Malema launched a scathing attack on government, instructing his members to ...
Politics
11 months ago

President Cyril Ramaphosa on Tuesday moved the country to lockdown level 3 amid a surge of Covid-19 cases, particularly in Gauteng.
Politics
11 months ago