President says that due diligence processes are under way 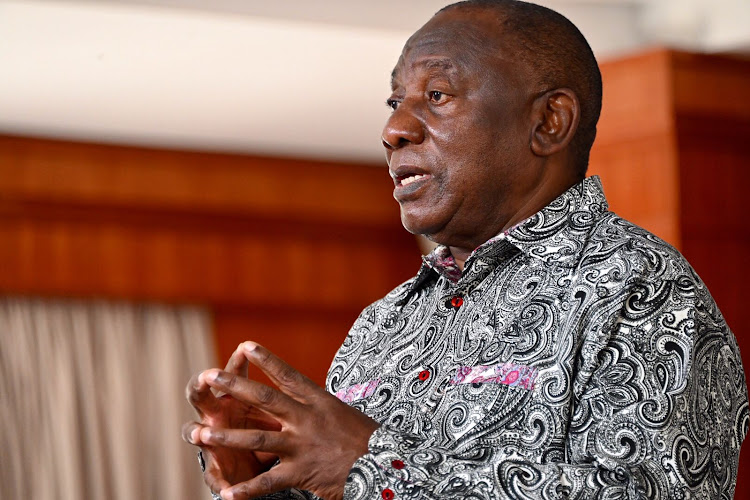 President Cyril Ramaphosa said on Tuesday that the deal between SAA and the Takatso consortium is not finalised.

He said due diligence was being conducted at SAA and at the consortium. “As much as they may be a preferred partner, a deal has not been done,” said Ramaphosa.

Ramaphosa was speaking during a question-and-answer session in Cape Town after he announced the establishment of the National Ports Authority as an independent subsidiary of Transnet.

In an interview with the Sunday Times, Takatso consortium's CEO Gidon Novick said he was not worried about raising R3.5bn for the ailing airline’s relaunch. According to the report, the company has been approached by international investors but turned them down because it prefers local backers.

R3bn to relaunch SAA not a problem for bidders, says Gidon Novick

Ramaphosa was asked what made the government confident about selling a majority stake in SAA to the consortium.

He responded: “Due diligence means you want to look at everything closely to see whether the various conditions and parameters you have set will indeed be fulfilled. There is no deal. They have passed a certain post. They are now in due diligence and, having been involved in businesses in the past, I know for a fact that [this] does not mean a done deal.”

He said due diligence by its nature meant probing more closely the company and the partner involved. During this, he said, “a whole number of things can be unravelled”, and that, in the end, “you need to choose whether to halt or to proceed with the deal”.

He said once the process has been conducted and the partner “shows us the money, because that is where the rubber hits the tar,” was when the deal will be deemed concluded.

TOM EATON | Private losses: the state has washed its hands of the public along with SAA

The president was asked to comment on remarks made by former president Thabo Mbeki on land expropriation without compensation.

According to the Mail & Guardian, Mbeki wrote to the ANC’s national working committee and argued that the ANC should not proceed with the amendment to section 25 of the constitution.

Responding, Ramaphosa said: “If you read the input of the article by former president Thabo Mbeki you find that he finally reverts to the decision that was taken by the national executive committee that, in the end, we need to work out how expropriation of land without compensation will function or work, and under what circumstances will expropriation of land take place.”

He added: “That is the final paragraph of his piece. Meaning that the decisions taken by a national conference of the ANC is a decision that stands and right now our colleagues in parliament are dealing with the matter to give fulfilment to that decision.”

He said that if one looked closely at that resolution, it says “we need to look at how this process will be done and under what circumstances it will be done as well as look very closely at issues of investments and food production and making sure that it will contribute to the economy”.

“Already I have formed a panel on land and it came out with a number of conclusions, which bears testimony that if we were to embark on a land expropriation reform process that includes all the elements we should be able to see growth.”

'Assess who needs land most': Eastern Cape residents weigh in on Expropriation Bill

Eastern Cape residents in Mount Ayliff on Thursday braved icy weather to make their voices heard at public hearings on the controversial ...
Politics
11 months ago

Ramaphosa is expected to attend the Southern African Development Community meeting in Mozambique on Wednesday to address the ongoing terrorism plaguing that country.

Ramaphosa said: “One of the issues on the agenda is the conflict in Cabo Delgado in Mozambique so this is going to follow on decisions and discussion that were taken in the past that also include recommendations from the team that was sent to make an assessment on what type of intervention Sadc needs to make.

“Tomorrow we are going to receive that report and we are all convinced that we cannot allow a situation where insurgents infiltrate the country and take over a particular area, kill people and displace people just like that — and we all sit and do not support.”

He said the required support will be given to restore stability in Mozambique.

“The extent of the support is obviously something that we are still going to discuss because it is a matter that we all need to reach an agreement upon,” he said.

Sadc has again postponed making a firm pronouncement on what interventions are needed to fight terrorism in Mozambique.
News
11 months ago

MARK BARNES: A golden opportunity to be proved in SAA’s ‘golden share’ model

SOEs are a different species, and they'll need to be tackled differently to endure the public-private mixture
Business Times
11 months ago