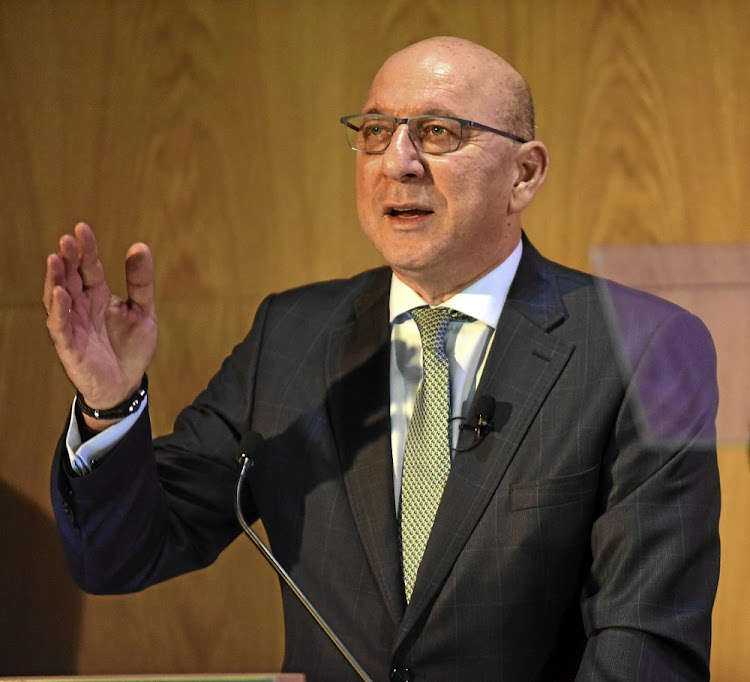 Trevor Manuel says the deputy minister of health should be elevated to health minister so that he can focus single-mindedly on the pandemic.
Image: Freddy Mavunda

Manuel believes SA needs a dedicated health minister to focus on fighting the Covid-19 pandemic, instead of an acting minister who has another portfolio to worry about.

“Let's take the fact that Dr Mkhize has stepped aside voluntarily, seemingly, and you now have a minister of tourism taking responsibility for that [portfolio].

“There is no impediment to President Ramaphosa actually looking at the situation and acknowledging that in a pandemic you need a competent health minister who is au fait with the running of health systems and recognise that in the deputy minister of health, Dr Phaahla, he may have somebody like that, elevate him to the cabinet so that he can be of single-minded focus on the pandemic.

“If later, Dr Mkhize is in a position to return, it's fine, you can reshuffle the cabinet again. But you can't have somebody operating on one hand trying to deal with matters of tourism and cooking with Somizi, and on the other hand trying to have the necessary serious focus of resolving critical elements of the pandemic,” said Manuel.

He said this was one of many important issues that Ramaphosa should be dealing with.

Phaahla is a medical doctor and has been the deputy minister of health for seven years.

Manuel was addressing the Centre for Development and Enterprise's webinar themed
“SA and the next five years: How do we resolve our political and economic crises?".

Responding to a question about the capabilities of the government and cabinet in addressing the country's problems, especially as some members faced serious allegations of wrongdoing, Manuel said South Africans should not tolerate such leaders even if they have not been charged. He said pressure should be put on them to go.

Citing the auditor-general's local government audit published on Tuesday, Manuel said it was clear that the national government will have to take responsibility for what happens in the everyday lives of people and the services that they expect that aren't rendered by local government.

“If you took the AG's report of yesterday and you went to the worst-performing municipalities that haven't submitted audited statements in many years; throw out the mayors, the councillors, the members of mayoral committee, throw out the senior managers, start again and the responses are likely to be very different,” he said.

Manuel said South Africans should not wait until someone gets to the ANC's “step aside” rule because they are criminally charged.

“Why shouldn't there be a groundswell of opinion that actually drives bad people out of government and ditto at national level?”

Acting health minister Mmamoloko Kubayi-Ngubane is expected to brief the media on Friday morning on the Covid-19 vaccination rollout plan and give an ...
Politics
11 months ago

Health minister Zweli Mkhize on Tuesday said he discussed taking special leave with President Cyril Ramaphosa in the wake of the Digital Vibes ...
Politics
11 months ago