ConCourt judgment 'judicially emotional and not consistent with our constitution': Zuma Foundation 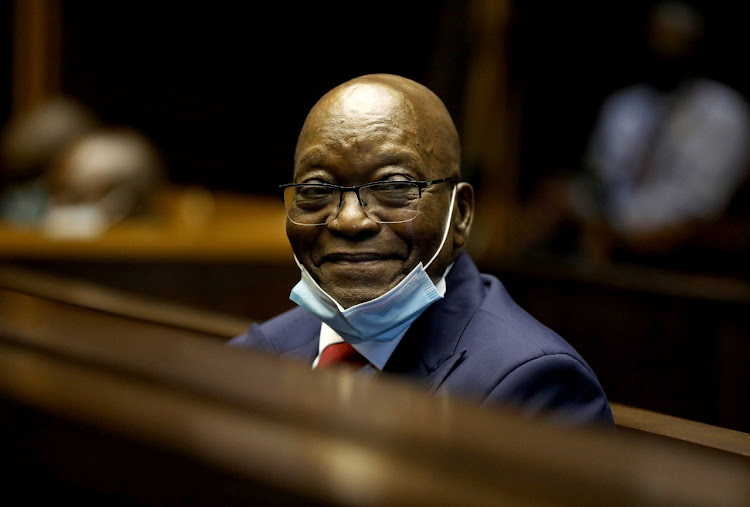 Former president Jacob Zuma has criticised the Constitutional Court judgment that handed him a 15-month jail sentence for contempt, saying it was “judicially emotional and not consistent with our constitution”.

In a statement released shortly after 11.30pm on Wednesday, the Jacob G Zuma Foundation said the former president believed that the majority judgment, delivered by acting chief justice Sisi Khampepe, showed that the country's courts did not act independently and without bias.

The statement came after the Constitutional Court sentenced Zuma to 15 months in jail after finding him guilty of contempt of court — this after he refused to comply with the apex court's order to appear before the state capture commission. He was given five days to hand himself over or face arrest.

In the statement, the foundation said it was speaking to its legal advisers “on the options available” to Zuma.

The foundation was critical of the court's majority judgment's comment that Zuma “attacked” the Constitutional Court, saying this was “utterly false”.

“If true, it is unconstitutional and a serious conflict for the same 'vilified' panel of judges, which is supposedly embroiled in a running, bitter controversy with the alleged contemnor, to preside as judges in their own case. No-one so cruelly slandered is likely to maintain that calm detachment necessary for a fair adjudication.

“The characterisation of our patron [Zuma] by the majority panel paints a picture of a very angry panel of judges,” the statement read.

The foundation said that the “primacy of our constitution” was not upheld in Khampepe's majority judgment.

“At a bare minimum, this means that courts must act independently and without bias, with unremitting fidelity to the law, and must be seen to be doing so. That did not happen in the Constitutional Court, as evidenced by this judgment,” the statement read.

The foundation was also critical of the fact that state commission chair, deputy chief justice Raymond Zondo, had petitioned the apex court, which is what, ultimately, led to the contempt judgment.

“The principle of equality before the law was clearly violated, and the Zondo commission was given an advantage in a case that was adjudicated by DCJ Zondo's colleagues, whom he supervises,” the statement read.

The statement also repeated Zuma's open criticism of the commission, saying that it was being conducted in a biased manner and had been “transformed into a slaughterhouse and a forum in which all manner of defamatory allegations have been made against” Zuma.

The foundation made no direct reference to the 15-month jail term handed down to Zuma, nor did it state whether the former president would abide by the five-day time frame to hand himself over.

Former president Jacob Zuma has been found guilty of contempt of court.
Politics
1 year ago

Former president Jacob Zuma will not lose any of his retirement benefits even though the Constitutional Court sentenced him to a 15-month prison ...
Politics
1 year ago

Former president Jacob Zuma is in 'high spirits and has no fear', his daughter Duduzile posted after he was sentenced to 15 months' imprisonment for ...
News
1 year ago