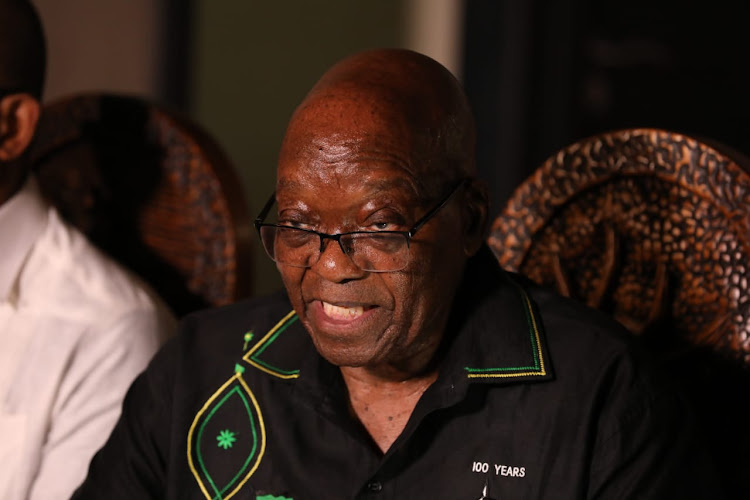 The secretary of the state capture inquiry has labelled an 11th hour court bid by former president Jacob Zuma to stay a warrant for his arrest as a “continuation of his pattern of abuse of court processes”.

In his affidavit filed in the Pietermaritzburg high court ahead of a court hearing on Tuesday, Prof Itumeleng Mosala said courts should not entertain such abuse any longer.

Zuma has filed an urgent application in the court, arguing that he should not be arrested and detained for 15 months, as ordered by the Constitutional Court, because the apex court has agreed to hear his rescission application next Monday.

Last week, the majority of the court ruled he was in contempt for disobeying its order to appear before the inquiry. It instructed the police minister and national commissioner of police to arrest Zuma if he failed to hand himself over by Wednesday this week.

While Zuma has argued the high court has the authority to stay the warrant of arrest, the inquiry disagrees.

“While it can stay or suspend its own orders, it cannot rescind, vary or stay the execution of orders issued by another court, particularly a higher court,” Mosala said.

“To suggest otherwise would wholly undermine the hierarchy of our court system, as prescribed in the constitution.

“In the context of this case, the Constitutional Court must be left to assert its authority and deal with the applicant’s persistent attempts to undermine that court and the judicial system as a whole.”

Mosala said Zuma does not even get out of the first blocks in his rescission application, which was doomed to fail.

“This application for a stay should therefore not be entertained. It is, in its bare form, a strategy on the applicant’s part to avoid the inevitable: serving his prison sentence.”

Mosala gave a detailed history of Zuma’s continued defiance and his “scandalisation” of the ConCourt and all other courts which have issued orders against him.

The suggestion that he [Jacob Zuma] has not had the opportunity to present his case is to be denied. He has persistently and belligerently refused to recognise and engage in the court processes.

“It is evidently calculated to undermine public confidence in the integrity of the court and the judiciary more broadly.

“The suggestion he has not had the opportunity to present his case is to be denied. He has persistently and belligerently refused to recognise and engage in the court processes leading up to the order holding him in contempt of court.

“Instead he has chosen to make public statements in which he deliberately and vexatiously undermines the dignity and authority of the courts and the rule of law — and suggests members of the public should do the same.

“He has gone to great lengths to avoid the consequences of his actions and to undermine the foundational values of the constitution. This cannot be condoned any longer.”

Mosala said Zuma had not been sentenced to imprisonment without trial. He had been afforded multiple opportunities to put his case before the courts but had refused to do so.

Former president Jacob Zuma on Sunday dismissed several questions about his supporters gathered outside his home in KwaZulu-Natal without observing ...
News
11 months ago

Former president Jacob Zuma on Sunday night gave the clearest indication yet that he was not prepared to listen to any advice from the ANC's top ...
Politics
11 months ago

Former president Jacob Zuma addressed a gathering - with many not wearing masks and little to no social distancing in place - on Sunday, thanking his ...
Politics
11 months ago