Madonsela hits back at Zuma: Just because you didn't appoint the judge doesn't make the process unjust 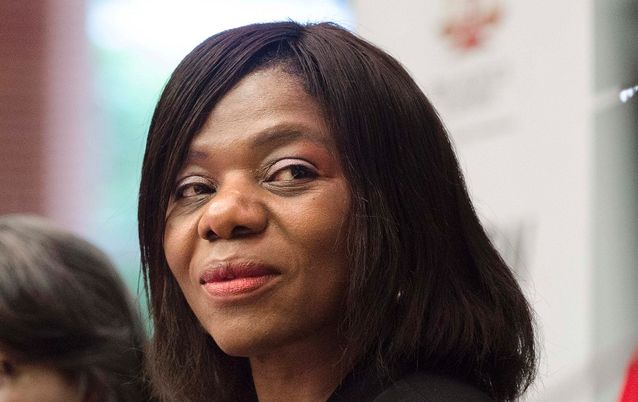 Former public protector Thuli Madonsela has dismissed claims by former president Jacob Zuma that she violated the law when she gave the power to appoint the chairperson of the state capture inquiry to chief justice Mogoeng Mogoeng.

Addressing his supporters from Nkandla, KwaZulu-Natal, on Sunday, the former president accused Madonsela of conspiring against him during the process of establishing the state capture commission of inquiry.

“It all started with that lady [Thuli Madonsela]. This was a conspiracy to say Zuma must not appoint the judge to chair the commission even as he is constitutionally empowered to set up a judicial inquiry,” said Zuma.

He added that Mogoeng initially appointed Seraj Desai, but there was an about-turn the next day when he was told Desai was unwell and announced deputy chief justice Raymond Zondo as the new chairperson of the commission.

“How is that unjust?” Madonsela questioned in an interview with TimesLIVE.

“One day, he will tell the truth. I'm sure one day he will say, 'No, I was playing politics because I needed to be seen as the victim so that I could get support.' He understands that the appointment of judges in SA is a two-stage process. The only distinction here was that instead of giving him multiple names, he should only be given one name,” said Madonsela.

Madonsela said Zuma, as the former president, did not indicate that there was a conflict of interest between him and Zondo when Zondo was appointed.

“He had a duty to make sure that he doesn't appoint someone who has a conflict of interest. Is he now telling the nation that he neglected that responsibility? He was the only appointing authority and he had a duty to make the right decision,” said Madonsela.

At the weekend, Zuma accused Zondo of abusing his power and reiterated that he should have recused himself from the commission to allow him to testify.

Former president Jacob Zuma addressed a gathering - with many not wearing masks and little to no social distancing in place - on Sunday, thanking his ...
Politics
10 months ago

The ANC's special national executive committee meeting has rejected a proposal for the establishment of a special task team on former president Jacob ...
Politics
10 months ago

Former president Jacob Zuma on Sunday night gave the clearest indication yet that he was not prepared to listen to any advice from the ANC's top ...
Politics
10 months ago