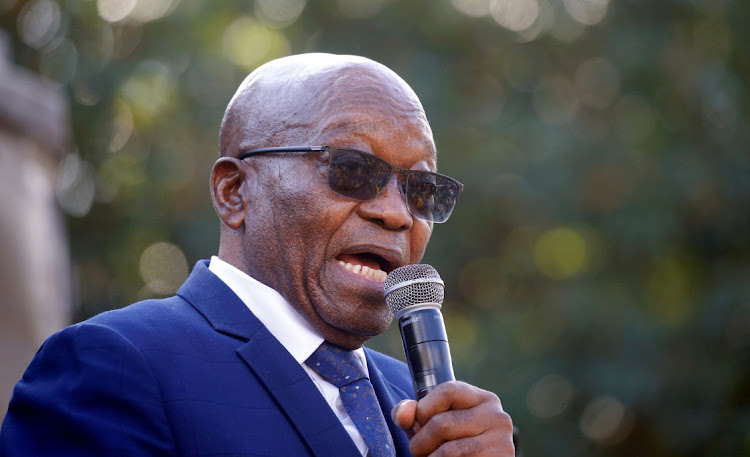 The Nelson Mandela Foundation says it's vital that former president Jacob Zuma and his supporters 'be held accountable every step of the way'. File photo.
Image: Rogan Ward/Reuters

In a statement on Thursday issued by its spokesperson Kneo Mokgopa, it welcomed that Zuma “submitted himself to law enforcement” but slammed his failure to comply with the Constitutional Court.

“We note that Mr Zuma failed to abide by the deadline set by the Constitutional Court, thus continuing a pattern of disregard for the rule of law and for our constitutional democracy,” said Mokgopa.

Mokgopa said for nearly two decades, Zuma has acted with impunity and encouraged a culture of impunity around him.

“His legal strategy has been one of obfuscation and delay, ultimately in an attempt to render our judicial processes unintelligible. We are profoundly disturbed by the willingness of Mr Zuma to court public violence and lawlessness in support of political and personal agendas.

ANC spokesperson Pule Mabe said the party respects Zuma's decision to hand himself over, and called for calm.
Politics
10 months ago

“The scholarship of Mbongiseni Buthelezi has deconstructed the ways in which Mr Zuma mobilises both struggle-era identities and ethnic identities for his own ends. This is extremely dangerous in the contexts of a country where the rule of law is under siege at so many levels,” said Mokgopa.

Mokgopa said though it is tempting to regard Zuma’s arrest as the end of the road, it was merely another phase in what the foundation believes will be a long and fraught journey.

“The patterns and the dangers are clear. It is vital that Mr Zuma and his supporters be held accountable every step of the way.”

Zuma was arrested after the ConCourt found him guilty of contempt of court for failing to appear at the Zondo commission to answer to allegations of state capture during his tenure as president. He was sentenced to 15 months' imprisonment and given five days to hand himself over, but missed the deadline.

His supporters had gathered outside his home in Nkandla since last week, vowing that the former president would not go to prison and threatening to block the police from effecting his arrest. However, he handed himself over overnight to serve the sentence.

Family member tells TimesLIVE that former president Jacob Zuma left Nkandla voluntarily “to avoid bloodshed and violence that would occur at the ...
Politics
10 months ago