The department of correctional services will “observe, obey and be directed” by the Pietermaritzburg high court's judgment on former president Jacob Zuma's bid to stay the execution of his arrest.

Judge Bhekisisa Jerome Mnguni is expected on Friday to hand down judgment in an application in which Zuma sought to stay the execution of his arrest.

The case was heard on Tuesday, but when the judge said he would only hand down judgment on Friday, the police by law had to comply and arrest Zuma by the end of Wednesday — leading to his dramatic admission to the Estcourt prison in the early hours of Thursday.

“On the issue of what will happen when the Pietermaritzburg high court makes its ruling, we will cross that bridge when we reach there. It's a judgment. We all do not know what the judgment is going to be. We will await the judgment and upon release of it, we will study the judgment and then it will direct us on what to do. We are going to observe, obey and be directed by what the court says,” said minister of justice and correctional services Ronald Lamola on Thursday. 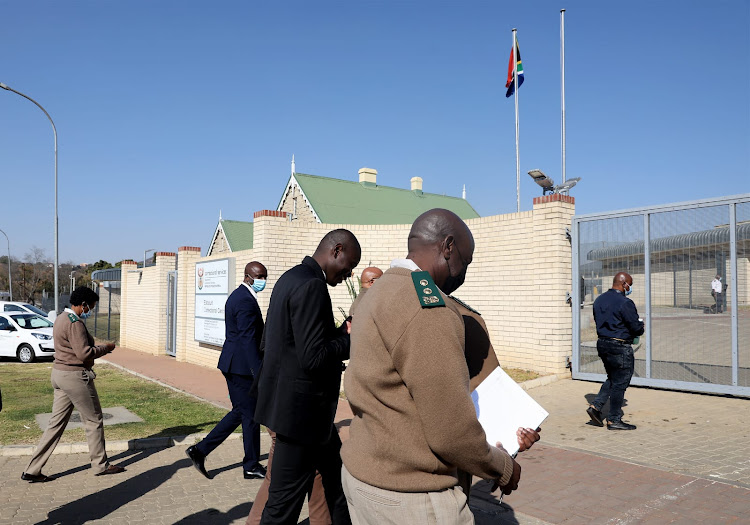 He was speaking outside the Estcourt Correctional Centre in KwaZulu-Natal, where Zuma began his sentence on Thursday morning.

Lamola said the department would also be directed by Monday's ruling in the Constitutional Court.

The former president has applied to the highest court to reverse or “rescind” its earlier order sentencing him to 15 months in prison for contempt of court. The contempt order came after Zuma defied an earlier ConCourt order to appear before the state capture commission and give evidence, as per its summons.

In his replying affidavit to the ConCourt, the former president said depending on what the high court decided, his lawyers would either bring “fresh or consequential proceedings” in the apex court, or ask it for an interim order pending its decision on the rescission application.

"I have seen him. He is in very good spirits. He has taken his breakfast and medication," correctional services minister Ronald Lamola said on former ...
News
11 months ago

Former president Jacob Zuma's replying affidavit in his Constitutional Court application was filed on Thursday morning, hours after he was taken into ...
News
11 months ago