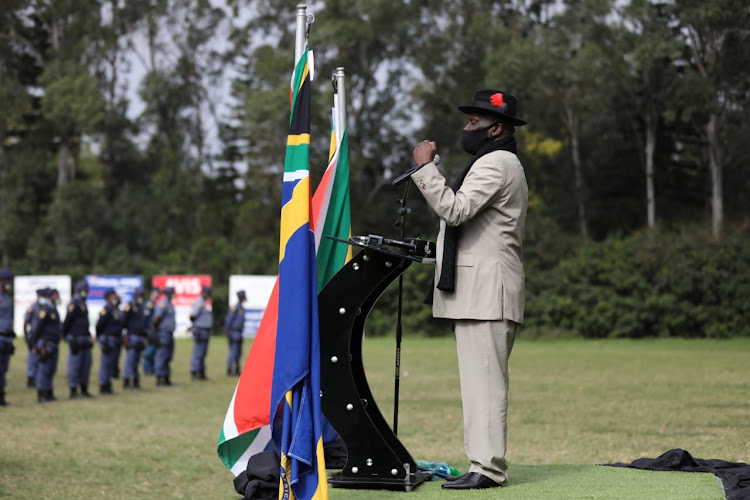 The police negotiated with former president Jacob Zuma for nine hours before he was arrested late on Wednesday night.

This was revealed by police minister Bheki Cele when he told media on Friday morning that the plan to arrest Zuma had been set in motion from 2pm on Wednesday when high-ranking police officials met with the 79-year-old in his Nkandla home.

Cele was addressing hundreds of police members in Empangeni, in northern KwaZulu-Natal. He congratulated them on an operation aimed at avoiding bloodshed and violence in the region building up to Zuma’s arrest.

“I want to take an extra salute for Maj-Gen Nhlanhla Zulu [head of operational response services] who had been in the home of the former president since 2pm in negotiations.”

Police minister Bheki Cele has revealed that high-ranking police officials negotiated with former president #JacobZuma for nine hours before his arrest on Wednesday evening at his home in #Nkandla @TimesLIVE pic.twitter.com/4XoKdHNf3a

Cele said negotiations had been ongoing and dispelled reports that Zuma had handed himself over to the police.

“I have seen people saying the former president handed himself over. This is not true. A lot of planning and work went into this operation.”

Cele would not be drawn to clarify whether Zuma was then arrested.

“The major general led the operation and was part of the convoy that left Zuma’s home shortly after 11pm,” he said.

Police deployed to Nkandla as protest action grows in KZN

The deployment came during widespread protests in and around Durban following a viral message in support of former president Jacob Zuma after he was ...
News
10 months ago

Zuma fought the law and the law won: how the police outplayed him

Jacob Zuma has been a master spin doctor during his political career, but it all came crashing down this week
Opinion & Analysis
10 months ago