Helen Zille: If Zuma had a phone in his cell, I would reach out to him 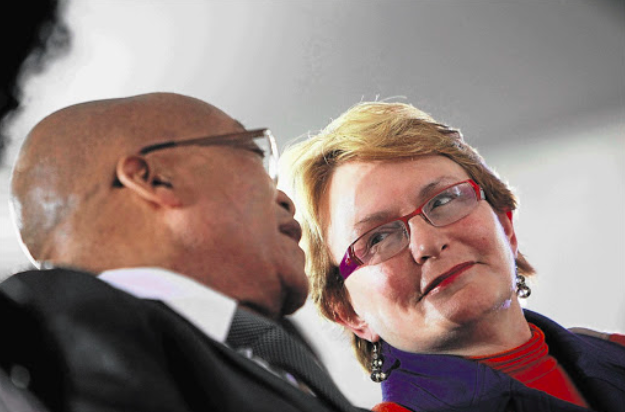 DA federal council chairperson Helen Zille has shared her personal reflections on Jacob Zuma’s imprisonment, saying she would like to reach out to the former president and wish him strength and courage.

Zuma is currently serving his 15-month jail sentence for contempt of court at the Estcourt Correctional Centre in KwaZulu-Natal. He was handed the sentence by the ConCourt last month after failing to appear at the state capture inquiry.

In a lengthy post, Zille detailed how she knew Zuma personally and said politics turned him into a “wily and crafty man”.

'I'll go with you, my child': How 'hero' top cop convinced Zuma to comply

The last thing Maj-Gen Nonhlanhla Zulu wanted was to say anything to upset or agitate the famous man she was there to arrest.
News
2 weeks ago

She said despite him being her political opponent over the years, Zuma was unfailingly warm and humane in his treatment of her.

“I will never forget that shortly after I had been suspended by my own party, during a time when I was almost completely shunned by people in the DA whose lives and careers I had helped build, it was [former] president Zuma who reached out to me,” said Zille.

“I was stunned into disbelief when he made contact with and urged me to ‘have courage’,  and said he understood how difficult things must be for me.

“This conversation was one of the few times during that personal ordeal when the tears streamed down my face because this encounter was so counter-intuitive. He did not have to reach out to me. He had nothing at all to gain from this. This act of personal kindness reflected who he was.”

There is an old saying: There is no honourable end to a political career. It is either death or disgrace. I thought...

According to Zille, Zuma’s downfall was a tragedy “rooted in the enormous complexity of our collective decision to impose a modern constitutional democracy on what is largely a traditional African feudal society”.

“[Former] president Zuma is a traditionalist, totally unfamiliar with the concepts of constitutionalism, thrust into the role of president and whose primary duty is to serve and defend the constitution. A total misalignment,” said Zille.

She said if she had his phone number, she would reach out to him and offer him the same “courage” he offered her.

“If I had his phone number (and if he has a phone in his cell) I would reach out to him too and wish him strength and courage, as he did to me at my lowest ebb. Not because I think he has been wronged. He was accorded due process of law and must serve his sentence. But because I know Zuma, the person, not the politician,” said Zille.

"Which judges were bought off and by whom? They all need to be in jail, not only Jacob Zuma," said DA federal council chair Helen Zille.
Politics
4 months ago

The ANC is nonchalant about the Political Party Funding Act because it will still get all the funds it needs, says the DA federal council chair.
Politics
5 months ago