Mzwanele Manyi slammed for ‘SA is in free fall’ claim 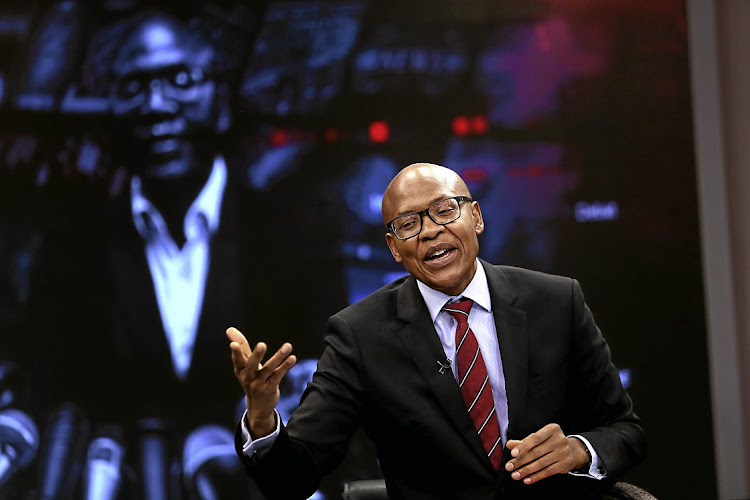 Jacob Zuma’s spokesperson Mzwanele Manyi tweeted himself into hot water on Monday by saying SA was in “free fall” and that masses were ruling themselves during violent protests in parts of Gauteng and KwaZulu-Natal.

Manyi was critical of the decision by the cabinet to deploy the military in affected areas to quell the violence, destruction of infrastructure and looting of businesses.

He said the protesters were unarmed though shopping centres were broken into and infrastructure and malls were torched during the demonstrations.

South Africa is now on free fall.
The people are leading themselves

Soldiers with assault rifles have been deployed against unarmed poverty stricken civilians. Fact.

Many laid the blame at Manyi's door, alleging the unrest is “what he wanted”. Others asked him to release a statement condemning the violence in Zuma's name.

Speaking to TimesLIVE, Manyi claimed Ramaphosa “has long failed to lead SA” and demanded the president and his executive resign.

“On TV footage I saw poor people scrambling for food and a heartbreaking old lady trying to get medication. I also saw what looked like private citizens and police shooting at unarmed poor people.

“The looting of state resources by the elite during this pandemic has set a very bad example. The disappearance of R500bn in three months with no-one held accountable is of great concern to the people of SA.

“President Ramaphosa and his executive must resign and allow new leadership to come in and grow the economy so that jobs can be created to avoid looting.”

He said the army should not have been deployed.

“I reject that approach because soldiers are trained to kill rather than to arrest offenders. The country is still grieving the death of a bread winner, Collins Khosa of Alexandra township, who was murdered by members of the SANDF.”

“For lasting peace in SA we must deal with the problems holistically. The righteous anger of the people can be nipped in the bud by observing the constitution,” he added.

Here are some of the social media reactions to his comments:

Aided and abetted by you. You have blood on your hands.
You need to denounce violence and call for calm NOW.

Nope, it's just opportunistic looting and vandalism. Seen it happen in so many other places before. You think vandalistic looting is leadership? Because that was what Zuma did. It is the opposite of leadership. https://t.co/Ojg2UxmDAH

You and your friends are to blame. https://t.co/xRfO79d8Qt

Shutup. You help start this. https://t.co/pXf0iHYCpD

This must give you the greatest joy. https://t.co/D9NFS76k1S

TimesLIVE reported on Monday that ANC deputy secretary-general Jessie Duarte said the party was aware of a few “strong men” who are instigators of violence in KwaZulu-Natal, Gauteng and Mpumalanga.

“It is a few people [who are behind this]. It starts in KwaZulu-Natal. In Gauteng it is one subregion, in Soweto, with one person who is very vocal and very strong. In Mpumalanga, similarly.

Readers weigh in on whether the police should have done more to enforce the law outside Jacob Zuma's Nkandla home at the weekend.
News
11 months ago

‘You can dance at Nkandla but church is forbidden?’ — Gathering sparks calls to reopen churches

Frustrated South Africans are calling for the government to reopen churches during alert level 4 after thousands descended on Nkandla at the weekend.
News
11 months ago

Former president Jacob Zuma on Sunday dismissed several questions about his supporters gathered outside his home in KwaZulu-Natal without observing ...
News
1 year ago