Zikalala praises Zuma, says call for his release must be heard — 'but it cannot justify violence'

26 people have been killed in the riots 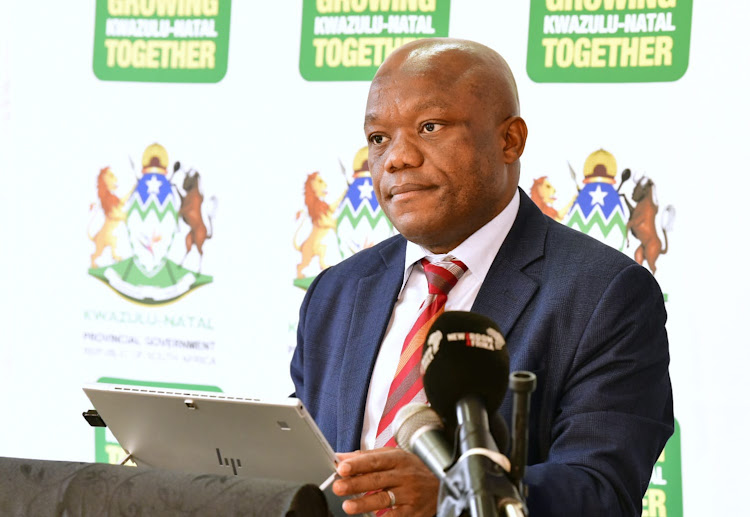 KwaZulu-Natal premier Sihle Zikalala said the call for the release of former president Jacob Zuma from prison was understandable but not a justification for looting and violence.

In his update on the violent protests, widespread looting and vandalism that have swept through the province, Zikalala said it would be “good to see the former president released,” but the call had to be done peacefully.

“It would be good to see the former president released but it cannot justify violence. Vandalism, stealing in shops are criminal acts,” he said.

He said KwaZulu-Natal has great respect for Zuma.

“We cannot and should not in a matter of days destroy that legacy which Zuma fought and sacrificed so hard for. We are appealing to citizens of KwaZulu-Natal to give space to interventions proposed by government to bring peace.

“We understand calls for the release of Zuma as the main cause for the instability. The cause has degenerated into criminality. Zuma worked hard for our province and country”.

Police and private security companies battled to disperse protesters from Friday when the protest action, themed #FreeJacobZuma and #KZNShutdown on social media, saw violence erupt across the province. It has since spread to Gauteng.

He said 187 people had been arrested since protests began.

Zikalala said he could not reveal where the army would be deployed in the province due to operational reasons.

“They are starting to man national key points in the province and will be deployed to other strategic areas.”

'She will have to explain her tweets': ANC to hold Zuma's daughter accountable for Twitter posts

ANC deputy secretary-general Jessie Duarte admitted that there were factions at each other's throats within the ANC but she was “not convinced” this ...
Politics
1 year ago

WATCH | Inside KZN’s capital Pietermaritzburg as it burns

Pietermaritzburg turned into a war zone as violent protests and looting in the name of a campaign to release former president Jacob Zuma from prison ...
News
1 year ago