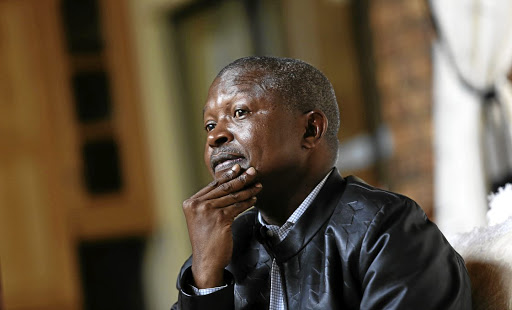 Deputy president David Mabuza is still in Russia where he is receiving medical attention, says acting minister in the presidency Khumbudzo Ntshavheni.

During a press briefing about the government's response to the unrest on Wednesday, Ntshavheni said the deputy president was in Russia receiving medical treatment and “is doing well”.

“He will return. That is as far as I can report to South Africans and not infringe his [rights]. Nobody may disclose the health condition of another ... What you are entitled to know is the fact that your leadership is healthy and fit for purpose,” said Ntshavheni.

The acting minister would not respond on whether the state is footing Mabuza's bill, neither did she give an exact date for his return, saying “he will soon return to the country”.

As parts of KwaZulu-Natal and Gauteng were plunged into violence and destruction last week, many questioned where the deputy president was as President Cyril Ramaphosa and other leaders conducted oversight assessments in the two provinces to quell the tensions.

David Mabuza Is So Absent 😩

Kante who is the Vice President of South Africa?? 🤔🤔

Has David Mabuza returned from Russia?

TOM EATON | It’s a spooky business, but not if it involves our ‘agents’

Why are music legends not party to case against Hlaudi Motsoeneng, other SABC execs, asks judge

The Special Tribunal judge hearing the application by the SABC for the recovery of money paid by its former executives to 53 music legends has ...
News
1 year ago

It is all over then. As a political response to the imprisonment of former president Jacob Zuma, the insurrection of the past week is a failure, ...
Opinion & Analysis
1 year ago