Tito Mboweni on factionalism: 'Political history is littered with zillions of examples' 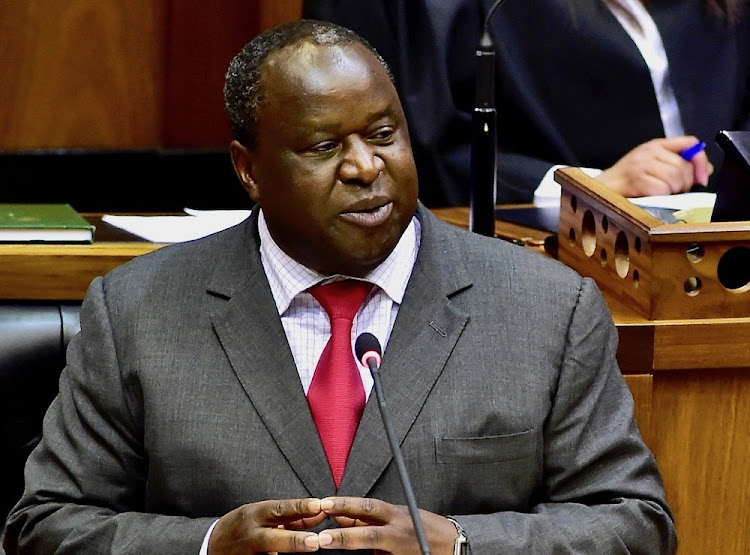 In a cryptic social media thread on Tuesday, Mboweni shared his thoughts on political standard deviation and claimed it was nothing new.

He said the history of the NAACP and the ANC could be used as examples.

“Political history is littered with zillions of examples in this regard. Look at the history of the NAACP or the ANC for that matter.”

Is Bakuninism a new thing? No. It is not. Is factionalism in politics new? No it is not. Are breakaway factions a new thing? No, they are not! Political history is littered with zillions of examples in this regard. Look at the history of the NAACP or the ANC for that matter.

According to the Merriam-Webster website, Bakuninism is a doctrine of revolutionary anarchism.

Mboweni said for people to understand the repeated rise and fall in politics, one needs a sense of the “political standard deviation”.

“Where are things going which accord with your own ethics, values and 'beliefs'. Sometimes, the ship might be sailing in the wrong direction. Jump before you are pushed but don’t drown,” he said.

Politics “ ebbs and flows”. One needs a sense of the “political standard deviation”. Where are things going which accord with your own ethics, values and “beliefs”. Sometimes, the ship might be sailing in the wrong direction. Jump before you are pushed but don’t drown!

“ I fear thee Ancient Mariner. I fear thy skinny hand. Thou art long and lank”. And that Mboweni Dictum: The Political Standard Deviation.

Attempts to get further comment from Mboweni were unsuccessful at the time of publishing this story. Comment will be included once received.

On social media, the finance minister's comments drew mixed reactions as some said he had the knowledge but failed “to apply it in reality”.

Others questioned whether the minister was basically “confirming and validating” the current situation in the ANC.

Here is a snapshot of what many had to say.

Knowledge? This guy can't even run a department pic.twitter.com/UlLA4hNgev

Even Hypocrisy among politicians. I remember you pleading with Cyril not to consider you for any ministerial position, rather advisory ones.

But look at you now. All those brilliant ideas are suppressed for fear of big handlers. You can't express them anymore.

No one has an issue with a party being divided. Except when...

1) fighting the other faction I'd more important than delivering for the people,
2) atleast one of the sides is a corrupt entity stealing from the poor and
3) the party goes to great length to talk about unity

So basically you are confirming and validating current situation in ANC . Just coz factionalism is not a new thing doesn't mean it is politically good. Falling off of once the great mighty walls....irrepairable moments!

Owhkay..so, whose ideological outlook is Bakuninism now? Breakaway factions have always been borne from ideological fights. If the ANC is a rightwing pro wmc. Leftists, socialists must breakaway 🤷🏾

Will you then also throw the leninist, Marxist doctrines out the door as the Bakunists did, and create a sensible supportive business environment, free of controls, so jobs can finally be created ?

I think you need to look at your distributional assumptions if you want to start talking about a political standard deviation...

They're just a bundle of contradictions nje

They don't have necessary equipment and skills to fix the ship

‘Don’t howl’ - Tito Mboweni weighs in on unrest and looting

Finance minister Tito Mboweni has weighed in on the unrest and looting in Gauteng and KwaZulu-Natal.
News
1 year ago

Finance minister Tito Mboweni has apologised to MPs at the standing committee of public accounts for his conduct during an appearance before them ...
Politics
1 year ago

Tito Mboweni weighs in on Jacob Zuma's arms deal trial: 'None of us is above the law'