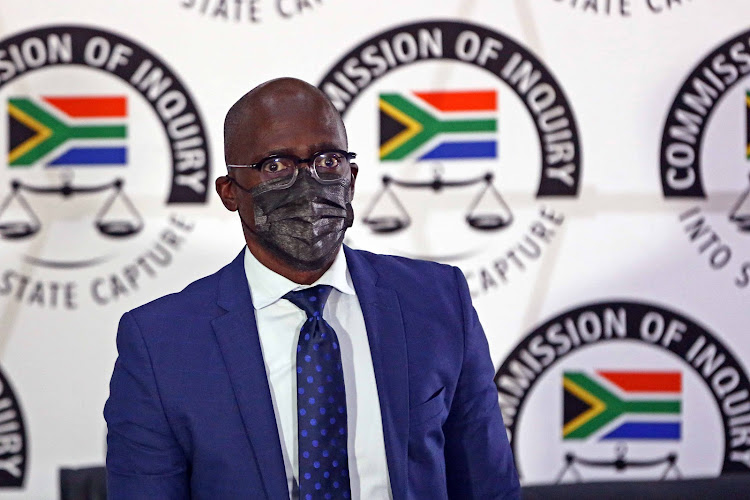 Upstanding citizens who volunteered to assist the state capture inquiry's fact-finding mission are expected to foot their own legal bills.

But former ministers and state officials who are alleged to have aided the state capture project have their legal fees fully covered by the state.

This is troubling for former SAA CEO Sizakele Mzimela who appeared at the Zondo commission on Tuesday to be cross-examined by lawyers for ex-public enterprises minister Malusi Gigaba.

Mzimela told the inquiry that she “takes exception” to Gigaba's legal representative being  funded by the state while she had to pay for her own.

“When I came here the first time around, one was doing one's duty to the country in coming forward with whatever evidence we had,” said Mzimela.

“But what I take issue with is that I am going to have to pay for my lawyers while Mr Gigaba's lawyers are paid for by the state — my taxpayer's money — I take exception to that,” she said.

“How many people would be in a position to [hire] their own lawyers to assist them. How is it fair that Mr Gigaba's lawyers are paid for by the state, which is everybody else's tax money, why is that? I really do take serious exception with that.”

Gigaba's counsel advocate Richard Solomon SC said it was bizarre that Mzimela was complaining about Gigaba, who is legally entitled to have his legal bills covered by the state.

Said Solomon: “One is taken aback by what Miss Mzimela is saying. Mr Gigaba is entitled to be represented by the state, one wonders why she has a particular axe to grind with Mr Gigaba, but we will deal with that in legal submissions.”

Commission chairperson acting chief justice Raymond Zondo said he was not involved in a former minister getting their legal fees paid for by the state when they appear before him.

He, however, was aware that there was a law that they should, at least account for things they are alleged to have done or failed to do in their line of duty.

“I understand that there is some basis. We know what is in the public domain about litigation relating to the former president [Jacob Zuma] and legal assistance that had been given to him.

“But I cannot say much as I am not the one who makes those decisions.”

Mzimela was being grilled on her testimony that Gigaba, through his then adviser Siyabonga Mahlangu, pressured the SAA board and management to cancel the Mumbai route.

Mzimela was forced to concede that she had no evidence that Gigaba had instructed Mahlangu to cancel the route, but that it was Mahlangu who said he was acting “on instructions”.

Doctors treating former president Jacob Zuma have been given until August 20 to submit a detailed report on his medical condition.
News
5 months ago

Zuma and the Zondo commission to give their views on how international law might apply to the jailing of the former president.
News
5 months ago

Ramaphosa returns to the commission next week, where he is set to be grilled on the entity in which he had shares
Politics
5 months ago