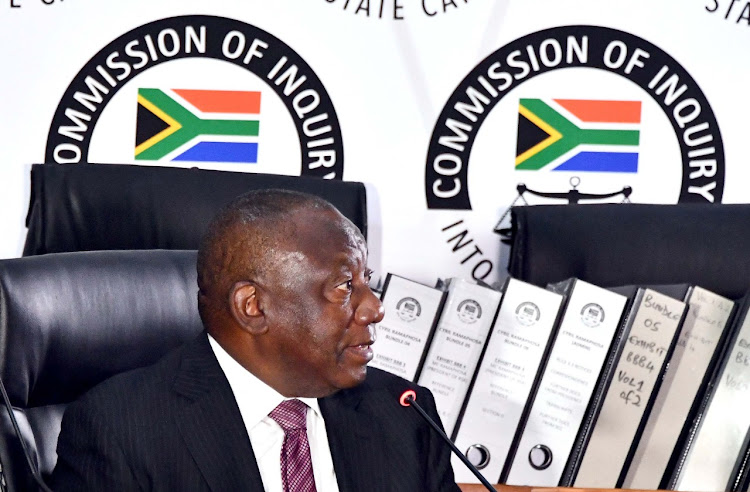 President Cyril Ramaphosa believes several “important steps” have been taken to put a stop to state capture and corruption in the public sector.

Chief among these interventions, Ramaphosa wrote in his weekly newsletter, was the rebuilding of law enforcement agencies that were decimated during the state capture years.

Among agencies that had been strengthened, he said, are the National Prosecuting Authority (NPA), SA Revenue Service (Sars), SAPS and Special Investigating Unit (SIU).

Sweeping changes to the leadership of state-owned companies was among other key changes.

All the interventions would have been impossible without the revelations made at the state capture inquiry, said the president.

State capture: There were heroes, and there was Ramaphosa

Imagine walking into your parents' home to find burglars helping themselves to whatever is of value, but you decide to grab a chair, sit back and ...
News
9 months ago

“Much of this work is ongoing. There are areas where progress has been far slower than we would have hoped and these are now receiving closer attention,” wrote Ramaphosa.

“This will empower us to take further corrective measures. While we can say that the era of state capture is over, we have not defeated corruption.

“Fraud and corruption remains pervasive and deeply entrenched in both the public and private sectors. Although it may not be on the scale of state capture, such criminal activities cost our country greatly, weaken our institutions and deprive South Africans of many basic needs.”

Ramaphosa said his administration's commitment to fighting corruption was demonstrated by how it “acted swiftly” against the looting of funds allocated for Covid-19 personal protective equipment (PPE) last year.

“This is proof of our commitment to root out corruption. We tightened up Treasury regulations, established the fusion centre and gave the Special Investigating Unit a wide-ranging mandate to investigate all Covid-related corruption allegations.

“In a first for the country, we also published online the details of all Covid procurement contracts across all public entities.”

WATCH | ‘We were not complicit’: Ramaphosa on corruption, the ANC & Guptas at state capture commission

President Cyril Ramaphosa continued his cross-examination before the state capture commission on Thursday.
Politics
9 months ago

JUSTICE MALALA | When will voters realise looting and killing are not new to the ANC?