Three wasted years or a job well done? SA weighs in on Zondo commission winding down 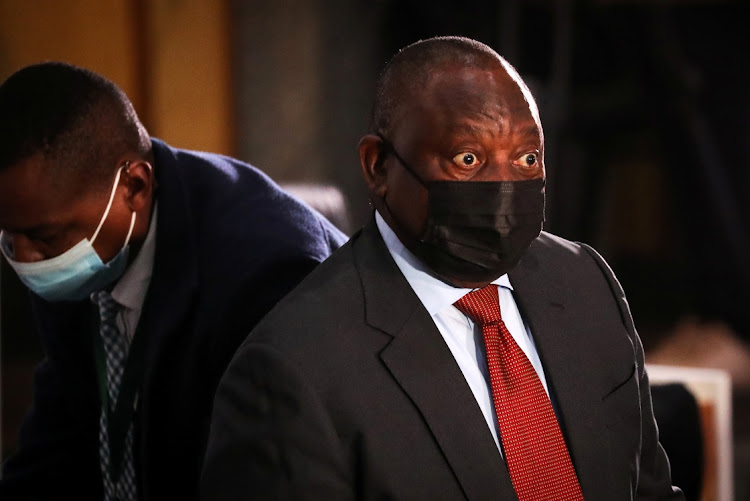 There are mixed reactions to the work done by the state capture commission of inquiry since it was established three years ago.

The commission had officially concluded scheduled oral testimonies with the evidence of President Cyril Ramaphosa last week, but inquiry chair deputy chief justice Raymond Zondo has stated that they might call a few more people if absolutely necessary

Ramaphosa's evidence included events at Transnet, the capture of the State Security Agency, the involvement of the Guptas in the executive and the alleged “complicity” of government members who did not act against state capture.

“Some of the battles that one got involved in are those that are not known. They are not apparent,” said Ramaphosa in his defence.

He commended the establishment of the commission, saying the evidence brought before it helped shed light on corruption.

Cyril faced a tricky dilemma, but now he must be bold

What if Cyril Ramaphosa had walked away from the deputy presidency in protest against his boss Jacob Zuma and his association with the masters of ...
Opinion & Analysis
9 months ago

In his weekly newsletter, Ramaphosa thanked the whistle-blowers who took a stand against corruption.

“We also owe a debt of gratitude to the many individuals, some of whom remain unknown, whose actions led to the establishment of the commission in the first place. These are the people who unearthed these alleged criminal acts, who resisted, who spoke out and who took up campaigns — both public and behind the scenes — to end state capture. It is thanks to them that we now speak of state capture in the past tense,” he said.

He said the fight against corruption continued beyond state capture.

“While we can say that the era of state capture is over, we have not defeated corruption. Fraud and corruption remains pervasive and deeply entrenched in both the public and private sectors. Although it may not be on the scale of state capture, such criminal activities cost our country greatly, weaken our institutions and deprive South Africans of many basic needs.”

Were the extensions all worth it?

Zondo applied for the extension of the hearings on numerous occasions, with the last one being in June, when he asked for a three-month extension from July to September. TimesLIVE reported at the time that R1bn had been spent on the commission.

This drew outcry from the public who said the commission was starting to resemble government-owned companies who often need bailouts.

In a poll done by TimesLIVE in May, asking whether the commission had done enough to lift the lid on corruption allegations, 49% responded positively, while 28% said the commission needed to uncover more corruption. 23% lamented that the money spent on the commission was too much.

On social media, some have praised Zondo and the inquiry's investigators for exposing alleged corruption that collapsed state-owned enterprises. For others, however, the commission of inquiry has been a “waste of taxpayers' resources”.

Already the state capture Zondo commission costed tax payers money 1Billion. So are all happy with what happening there?

Or is just Digital vibes

Listening to the State Capture Commission I feel vindicated. Yes South Africa is in a crisis.

So we are subjected to this giggling between Ramaphosa and Zondo? This Commission is a waste of our taxes.

Corruption caused by state capture. The evidence at the commission has clearly shown that state capture existed. https://t.co/bGNmuPcn1V

I hope Acting CJ Zondo is well protected. The ANC cannot afford the release of his Commission's report.

I feel like this Zondo commission of enquiry is a waste of time and money.

I feel like the Zondo Commission is just a waste of time. CR is busy with promises instead of answering questions. I think also CR is using this Commission to camping for National Elections.

What you said: It was 'all amnesia & giggles' as Ramaphosa fails to impress at state capture inquiry

President Cyril Ramaphosa's testimony failed to impress readers, with 46% saying it was nothing more than "amnesia and giggles".
News
9 months ago

If Lindiwe Sisulu, recently demoted to the ministry of tourism in President Cyril Ramaphosa's reshuffle, wants to make trouble for him, I have an ...
Opinion & Analysis
9 months ago