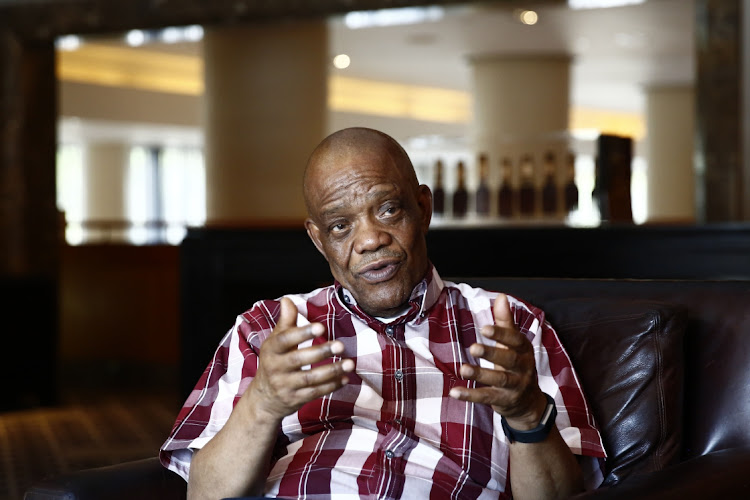 The ANC's national working committee has thrown its weight behind Bushy Maape as the new North West premier, leaving incumbent Job Mokgoro (pictured) out in the cold.
Image: Thapelo Morebudi

The ANC's national working committee has thrown its weight behind the selection of Bushy Maape as the next premier of the North West, leaving incumbent Job Mokgoro out in the cold.

This comes as political drama unfolds in the North West after the ANC's interim leadership in the province announced on Tuesday that Mokgoro would be removed from his position and replaced by Maape.

But by late Wednesday, Mokgoro was still digging in his heels and had not resigned.

However, on the same day, the ANC'S NWC — which is responsible for running the day-to-day operations of the party — said its meeting on Monday had confirmed its support for Maape to replace Mokgoro.

“The NWC welcomed the announcement of comrade Kaobitsa 'Bushy' Maape to be the premier of North West,” said ANC deputy-secretary-general Jessie Duarte in a statement on behalf of the NWC.

The ANC interim leadership in the North West cited service delivery failures for its decision to axe Mokgoro, who replaced Supra Mahumapelo in 2018.

The NWC said it will hold a special extended NEC meeting on Saturday to approve a final list of ANC candidates for the local government elections.

Political parties have until Monday August 23 to submit their lists of candidates for the elections, earmarked for October.

According to the NWC statement, the party has a list of about 10,000 candidates for the ward and proportional representative councillors.

“The ANC has strengthened its candidate selection process to ensure that the most credible, representative, and capable team of ANC councillors are selected to contest the elections,” said Duarte. “This team will ensure accountability, good governance, economic development, and a better life for all in SA’s 257 municipalities. The candidate selection process is overseen by the ANC’s electoral committee, chaired by former deputy president Kgalema Motlanthe.”

The special NEC will approve the names of the candidates nominated by wards and branches as the party seeks to field only capable councillors.

“The extended NEC is the final step in a process designed to ensure that the ANC fields a highly capable and representative team to improve the capacity of our municipalities to deliver services and improve social and economic development for all communities in SA,” Duarte said.

He will replace embattled Job Mokgoro, who by Tuesday afternoon had not officially resigned as premier nor from the provincial legislature.
Politics
8 months ago

North West’s premier-to-be, Bushy Maape, 64, has a difficult job ahead of him - particularly reviving the deteriorating state of the province's ...
Politics
8 months ago