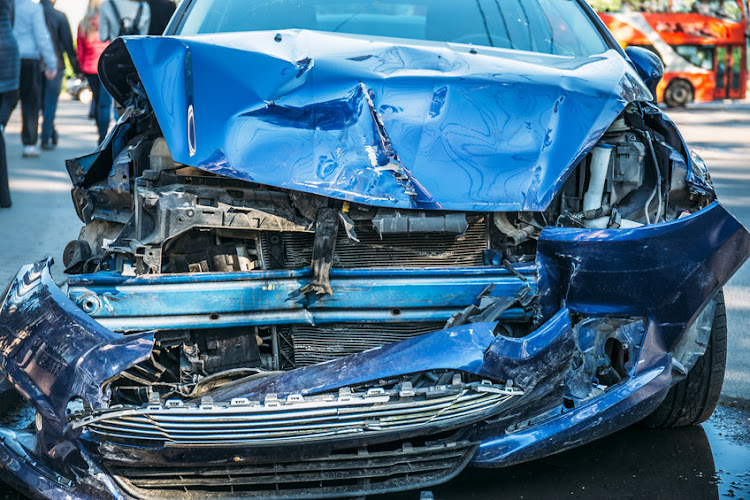 RAF claimants have to wait on average 1,475 days for claims to be settled. Stock photo.
Image: 123RF/dedmityay

The embattled Road Accident Fund (RAF) is exploring options to pay more than R14bn it owes to road accident victims — but insists there is no need at this stage for a bailout.

This comes days after the sheriff of the court attached assets of the department of transport over unpaid claims which have been finalised but not yet paid out due to cash flow problems.

This also led to the RAF having half of its monthly levy income attached.

They admitted to myriad challenges confronting the fund and assured parliament they had embarked on a new 2020-2025 strategic plan which sought to turn around the institution.

“We will move with speed with the implementation of the new operating model. We should not only shorten the turnaround time for claims, but we will ensure that all victims are treated equitably,” he said.

Mbalula alarmed over attachment of department property by sheriff

Transport minister Fikile Mbalula on Friday expressed alarm after the sheriff of the court attached some of the transport department's assets.
Politics
5 months ago

The fund accumulated an annual deficit of R5.3bn in the same period.

Legal fees which the entity had to settle both in terms of its own costs and those of  claimants were identified as one of the biggest cost drivers.

Mbalula said it was an anomaly that the RAF spent R10.6bn of the R43bn it collected annually from the fuel levy on legal costs. And there was a further “success fee” to the plaintiff attorneys as part of the contingency fees agreement entered into between claimants and their legal representatives.

The RAF put the blame on the lack of early investigations and settlement of claims as also having an affect on the fund receiving an average of just over 4,353 summonses per month, of which some could be fraudulent claims.

“Bringing the RAF back to financial stability will require both a regulatory overhaul and operational improvement,” said Mbalula.

We are not at this stage planning to come to the legislature, or government, or the National Treasury for a bailout. We don’t think that a bailout is necessary.

MPs sought clarity on where the entity aimed to find the funds to pay the outstanding claims, some even asking if it would seek a bailout.

Responding,  RAF CEO Collins Letsoalo said they had approached the market in a bid to consolidate debt.

“We are not at this stage planning to come to the legislature, or government, or the National Treasury for a bailout. We don’t think that a bailout is necessary.”

Some MPs appeared not impressed with the progress made on saving the fund from total collapse.

Mbalula, however, moved to reassure them and put his weight behind the RAF team. The fund obtained a clean audit outcome from the auditor-general for the 2019/20 financial year. This was an improvement from three consecutive years of unqualified audit outcomes, he said.

“The current RAF board and management have since brought the writs of execution risk under control. This was achieved by changing the payment strategy and prioritising older claims. The RAF has further strengthened internal control measures to prevent instances of fruitless, wasteful and irregular expenditure,” said Mbalula.

“As the minister, I am quite happy with the board and the CEO. For the first time, we have a board that is hands-on and we have a CEO and management that are changing things in a short space of time.”

An Eastern Cape secretary will spend the next 15 years behind bars for swindling the Road Accident Fund (RAF) of more than R11m.
News
6 months ago

Lawyers, hospitals and actuaries warned days of fleecing RAF are over.
Politics
7 months ago

Foreigners, reckless drivers must pay for damage they cause: transport DG

Transport DG Alec Moemi said the financial implications of many accidents are becoming the government's responsibility, but this shouldn't be the ...
News
7 months ago