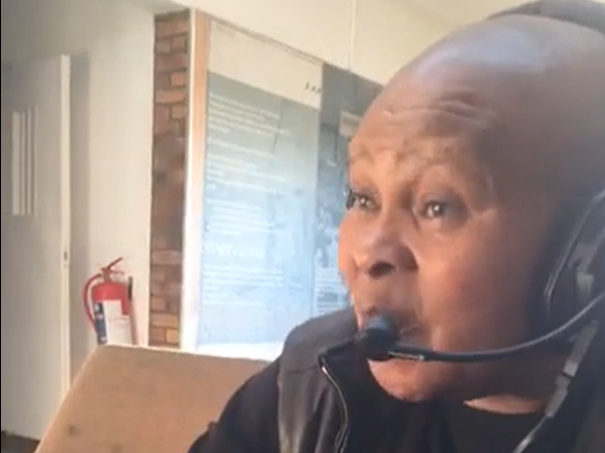 The ANC on Tuesday announced Bushy Maape as its North West premier-elect to replace Job Mokgoro.
Image: MotswedingFM via Facebook

North West’s premier-to-be, Bushy Maape, 64, has a difficult job ahead of him — particularly reviving the province's deteriorating municipalities.

Five of the province's worst performing municipalities have been dissolved by the cabinet. The interim provincial committee on Tuesday said there had not been a single stable municipality, or one of which it was proud.

Last month, auditor-general Tsakani Maluleke flagged several municipalities as being on the brink of collapse. Only 27 countrywide achieved clean audits.

IPC co-ordinator Hlomani Chauke, however, said they were confident that the former struggle stalwart and Robben Island prisoner would turn around the province.

“Having done a proper assessment looking at these challenges, the ANC came to this conclusion, that we definitely have to get someone else to come in and take off where comrade Job Mokgoro left off.

“It’s a normal party arrangement and we believe very strongly that comrade Bushy will take over and focus his energy around delivering what the ANC said it would do for the people of North West,” said Chauke.

He slammed critics of Maape’s age, saying he had proven beyond reasonable doubt that he was suited for the job, given his track record and qualifications.

Maape emerged victorious for the top job after competing against two other candidates, legislature speaker Suzan Dantjie and member of the executive council for finance Motlalepula Rosho. The trio is said to have been subjected to an intensive interview process by the party’s top six.

The province admitted that its biggest challenge was the collapsing municipalities.

“There is not a single municipality we can be proud of in the NW, our people don’t have water, there are no roads, there are no houses, young people are unemployed, they are taking drugs ... so we need to intervene at that level, we cannot sit back and have a leader at government that in fact lost it at the level of having to implement what the ANC says we must do ...”

The party’s announcement came as a handful of Mokgoro’s supporters gathered in protest, barricading roads and burning tyres while they aired grievances about the sacking of the premier. Some threatened to “burn down the province” if the ANC forged ahead with his removal.

Mokgoro was  appointed in 2018 after then-premier Supra Mahumapelo and ally stepped down, causing factionalism in the province.

Asked if the party did not fear instability as a result of Mokgoro’s sacking, Chauke said it was a necessary intervention for the people of North West.

“As we speak, it is the people of North West that are suffering and the ANC cannot sit back because we are going to be seen creating instability. We have to act, and this is the intervention that the ANC is doing. And I think that’s why we are making this call to say the people of NW must work with us,” he said.

Detailing reasons behind Mokgoro’s sacking, Chauke said the outgoing premier faced disciplinary charges for, among other issues, helping to elect a candidate from the opposition for a position in the legislature. His party membership was suspended earlier this year for failing to toe the party line.

Just recently, the outgoing premier defied instructions to appoint Lenah Miga as the MEC for co-operative governance, human settlements and traditional affairs. Instead he appointed Mmoloki Cwaile, a candidate not recommended by the IPC.

Chauke said the party would not allow leaders to defy party instructions.

While some argued that Mokgoro was more suited for the job than Maape, the IPC expressed its gratitude for his efforts in turning around the province, saying he would be “deployed” to another position.

“The IPC further wishes to convey its gratitude to the outgoing premier ... for his sterling work of guiding the provincial government during the most turbulent times as the premier. His administrative skills are not lost to the people of our province, and the ANC will continue to benefit from them,” he said.

Mokgoro is yet to tender his resignation as premier and member of the legislature while Maape is expected to be sworn in later in the week.

He will replace embattled Job Mokgoro, who by Tuesday afternoon had not officially resigned as premier nor from the provincial legislature.
Politics
9 months ago

Parliament's ad hoc committee on the section 100 intervention in the North West has recommended that efforts to turn around the embattled province ...
Politics
11 months ago

North West premier Job Mokgoro failed to keep his cool on Monday as he accused China Dodovu, chair of parliament's ad hoc committee on the section ...
Politics
11 months ago