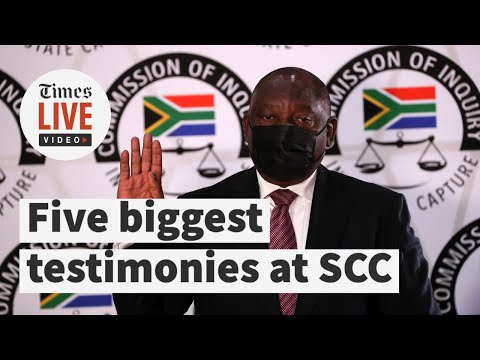 The hearings of the judicial commission of inquiry into state capture have come and gone. Deputy (now acting) chief justice Raymond Zondo has become a well-known public figure, having been in charge of the inquiry held in Johannesburg since 2018.

President Cyril Ramaphosa was at the inquiry on August 12, his testimony marking the end of the scheduled hearings, more than 1,000 days after the first witness testimony was heard.

In Ramaphosa's weekly newsletter, the president reflected on the inquiry and said he was confident that state capture, such as has been exposed in the past few years, would not happen again.

The president said although he believed that corruption would never again happen on such a large scale, these dodgy dealings had cost the country dearly by weakening institutions and depriving South Africans of basic services.

To celebrate the finalisation of the commission, we've decided to showcase five of the most controversial testimonies heard by Zondo.

Has the Zondo commission done enough to curb corruption?