He leaves behind his partner, who also tested positive for Covid-19 after giving birth to their baby 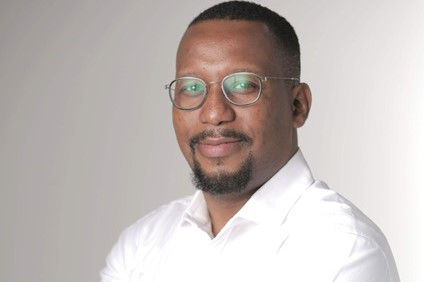 The Sisulu family confirmed the passing of Moyikwa Zwelethu Sisulu in a statement.
Image: Supplied

The grandson of SA struggle stalwarts Walter and Albertina Sisulu, Moyikwa Sisulu, has died of Covid-19 related complications, leaving behind his partner and their newborn baby.

The Sisulu family said the 41-year-old died at Morningside Clinic in Johannesburg on Saturday morning.

“It is with an overwhelming sense of heartbreak that the Sisulu family confirms the untimely passing of our beloved Moyikwa Zwelethu Sisulu,” said the family in a statement.

According to the family, Moyikwa and his partner, Aisha Jackson, fell ill in early August and were diagnosed with Covid-19, after the birth of their baby.

The family’s spokesperson, Nomvuyo Guma, said Aisha had been discharged and was busy recovering from Covid-19.

Moyikwa was the eldest son of the late anti-apartheid activist and businessman, Zwelakhe Sisulu, and Zodwa Sisulu, a retired radiographer.

“An ANC activist in his own right, Moyikwa was celebrated for his generosity in supporting the ANC, and many struggling leagues and branches. Moyikwa, an astute businessman himself, did us proud by always comporting himself with integrity in his industrialist, mining, media, property and other commercial endeavours.”

His family described him as a loving life partner to Jackson and a devoted father of three.

“Moyi, as he was affectionately known, lavished us with a deep and abiding love, enthralled us with his keen sense of humour, and gave us courage with his eternal optimism and boundless fearlessness. He recently welcomed a newborn son.”

Moyikwa will be laid to rest this week in a private ceremony.

The family said due to Covid-19 restrictions, there will be no daily home visits, prayers, or vigils.

“Just as we are completely devastated by this loss, we deeply appreciate the shock undoubtedly felt by his many friends and colleagues. Unfortunately, our new reality robs us of the chance to receive your comfort in person,” said the family.

The family said there will be a drive-through memorial where flowers and messages of condolences may be dropped off.

'Our resolve is to root out fraud and corruption, which has over the years denied our people access to clean water and provision of decent ...
Politics
1 month ago

Zwelakhe embodied the legacy of our parents: Max Sisulu

Former journalist Zwelakhe Sisulu embodied the qualities of his family, his brother and Speaker of Parliament Max Sisulu said on Saturday. "He was ...
News
8 years ago

Condolences pour in for Zwelakhe Sisulu

Condolences poured in on Thursday for struggle veteran Zwelakhe Sisulu, who died in his sleep at his home on Thursday morning. "The Sisulu family is ...
News
8 years ago