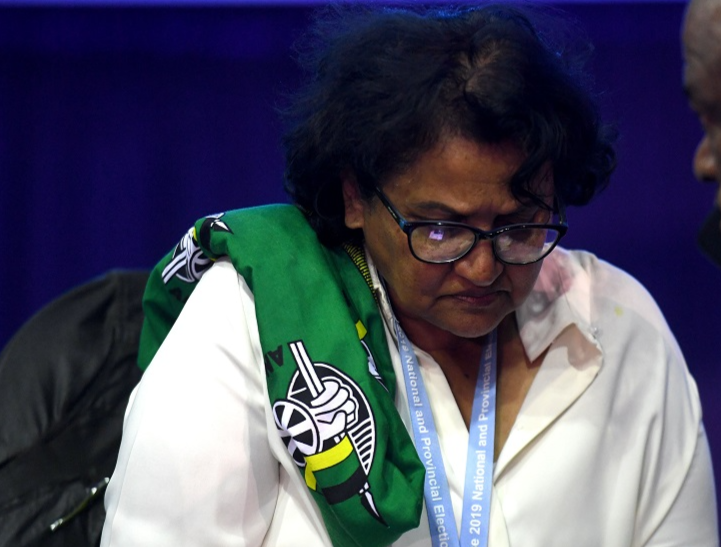 The ANC has withdrawn its Electoral Court application to force the Electoral Commission (IEC) to grant the party an additional 36 hours to finalise and submit its candidate list for the upcoming municipal elections.

The withdrawal came just hours after the party filed court papers of at least 150 pages.

According to ANC spokesperson Pule Mabe, the party has withdrawn the application and opted to wait for the Constitutional Court outcome on the postponement of the elections to February next year.

The Constitutional Court judgment is expected this week.

“In view of the fact that the matter is before the Constitutional Court, the ANC has decided to withdraw its application and to wait for the judgment of the court,” Mabe said.

In the withdrawn court papers, the ANC had asked the Electoral Court to grant it an  additional 36 hours on the IEC website. The party had failed to meet the August 23 deadline for the finalisation of its list registration process.

This saw the governing party failing to file candidate lists in a staggering 94 municipalities, 35 of which, the party said, would be “severely impacted” as it either ran these municipalities it stood to lose without a single vote cast, or were the official opposition.

The ANC is at the mercy of the Constitutional Court, which could deal it a big blow should it rule the elections go ahead as planned. The date for local government elections is set for October 27.

The Sunday Times reported the ANC could lose many councils and runs the risk of dipping below 50% of the nationwide vote.

The ANC, through its deputy secretary-general Jessie Duarte, blamed the failure on technical glitches in the IEC’s information technology systems used to upload lists of candidates and the Covid-19 lockdown, which, it said, hindered the party from holding meetings to elect candidates at branch level.

“Ultimately, due to the pressures on the ANC’s systems and on the CNS system, the ANC has been unable to complete its submissions, which means it is missing ward candidates or PR [proportional representation] candidates who were not entered in time in 94 municipalities,” Duarte said.

“In 35 municipalities the ANC is severely impacted and will lose the possibility of governing again where the ANC is in government, and risks to lose its status as the main opposition party,” she said, later adding that would be the case “without a single vote being cast”.

In its court papers, the ANC had also argued that should the Electoral Court not grant the additional requested hours, the party should at least be permitted to pay deposits that would allow it to field ward candidates in municipalities where it failed to submit a list of proportional representation candidates.

In terms of electoral laws, parties pay a package as a deposit to contest ward, municipal and district council elections.

The party runs the risk of failing to contest elections in hundreds of municipal wards should its court bid to pay an additional electoral deposit of R365,000 be unsuccessful.

“Because the ANC was unable to finalise its lists on the CNS system, which led to the lack of PR lists being entered in time in some municipalities, the ANC would be required to pay an additional individual ward candidate nominee fee of R1,000 per legitimately registered ward candidate. This amounts to about R365,000,” Duarte said.

Should the local government elections set to take place in October go ahead?

The ANC's showing in the local government elections appears to hang on whether the Constitutional Court approves the postponement of the polls, ...
News
3 weeks ago

Failure to succeed will put party on the back foot, warns provincial ANC secretary Mdumiseni Ntuli.
Politics
3 weeks ago

The DA has vowed to oppose an application by the ANC to have the Electoral Commission reopen its candidate list system for the upcoming local ...
Politics
3 weeks ago

EFF leader Julius Malema has launched a scathing attack on the Electoral Commission of SA and the judiciary.
Politics
3 weeks ago