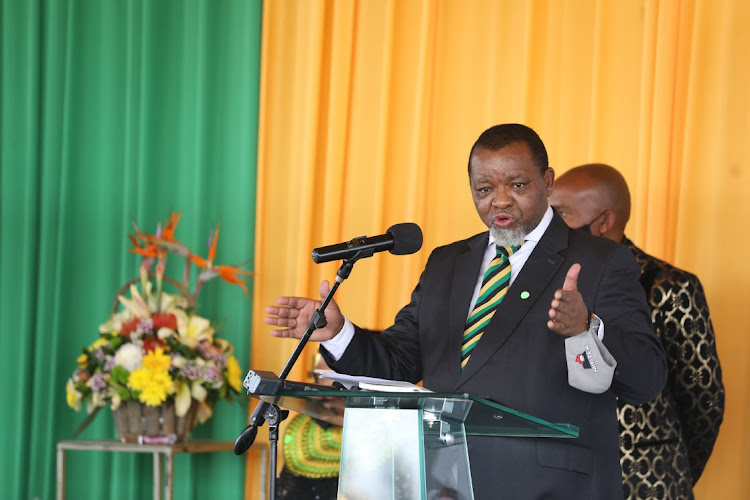 ANC chairperson and energy and mineral resources minister Gwede Mantashe said the party was starting to deal with big guns in its ranks in a bid to tackle corruption and factionalism.

Mantashe said this on Saturday while delivering a lecture on the role of the SA Communist Party in the building of the labour movement in SA.

The ANC this year finally implemented its step-aside rule for members facing serious charges and corruption.

Though he did not mention him by name, the party's highest-ranking official to be asked to step aside is its secretary-general, Ace Magashule, who is facing charges related to an asbestos project in the Free State when he was premier.

Magashule and his supporters view the suspension from the party as a factional fight and moved to resist it but were defeated by the dominant faction in the ANC national executive committee which supports President Cyril Ramaphosa.

Mantashe said the ANC was going through a difficult period and urged members of the SACP, which he once led as its chairperson, to contribute with ideas to save the party.

“The ANC is moving through a very difficult patch of time. The options we have as communists is to appreciate that the ANC is going through this patch of time and the period it's entering is very painful and it is even resisted internally.

“We must take a decision to say we are going to support the process of renewal and we must accept it upfront as communists. Renewal, everywhere it has happened is always painful and it is always resisted by beneficiaries of rot. Beneficiaries of rot resist change. If communists begin to internalise that and give us a theoretical framework of confronting that reality, we will be a better movement.

“But if [the SACP], instead is ululating [due to the problems faced by the ANC], they are wrongly doing so ... you don't ululate to celebrate your hurt, that is not done,” said Mantashe.

'We don't know what will happen to us': Ace's students in Turkey evicted as money dries up

Suspended ANC secretary-general Ace Magashule has left SA's mission to Turkey red-faced after the students his foundation sponsored to study in that ...
News
4 months ago

The TL was split with opinions about Carl Niehaus' dismissal.
News
4 months ago