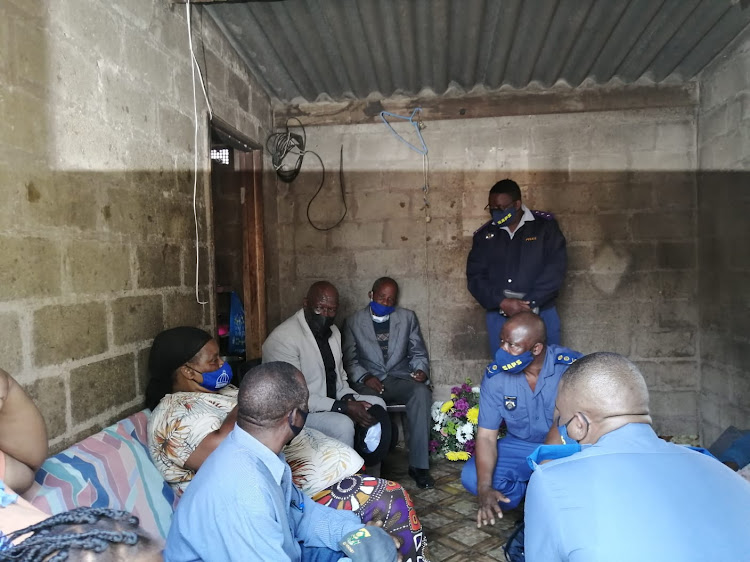 As fears mount over further bloodshed due to political violence in the build-up to municipal elections, the government has called on citizens and political candidates not to be “intimidated” by violent thugs.

The call comes on the back of a wave of attacks and killings around the country after the date for local government elections was set for Nov. 1, with voter registration taking place this weekend.

On Monday police minister Bheki Cele, accompanied by his deputy Cassel Mathale and deputy state security minister Zizi Kodwa, visited the families of three ANC members who were gunned down in a drive-by shooting in KwaZulu-Natal on Saturday.

Police minister Bheki Cele visited the families of 3 ANC members who were shot and killed in a drive-by shooting at a political gathering in Inanda on Saturday.

Cele said it was an act of intimidation leading up to elections & police have leads on the perpetrators@TimesLIVE pic.twitter.com/D2jQXtxGrL

Ncami Shange, 34, Beatrice Nzama, 60, and Philisiwe Jili, 37, were shot and killed when a the five occupants in a black Opel Corsa bakkie opened fire on a group of people at a political gathering outside Buhlebethu Primary School on Sithole Road in Inanda Newtown C section.

Addressing the media at the crime scene outside the school on Tuesday, Cele said the task team assigned to investigate political killings will look into the case.

He revealed the police had leads on the perpetrators who had committed an act that was a clear sign of intimidation leading up to local government elections.

Police need to find out why a group of people came here in a bakkie to intimidate people. Was it pure criminality or were they doing it on behalf of somebody?

“Clearly the person who committed this terrible sin was more for intimidating the system rather than targeting a particular person or candidate. Police need to find out why a group of people came here in a bakkie to intimidate people. Was it pure criminality or were they doing it on behalf of somebody?”

Kodwa said the act was an attack on the constitution and democratic order.

“It’s an attack on the constitution because these are the people who are exercising their right in terms of the constitution to elect a leader of their choice and to participate in the elections.”

He said the justice, crime prevention and security cluster (JCPS) had put together a plan to protect the electoral system and not just political parties.

Saturday’s shooting comes two weeks after 12 people were shot and killed in Umlazi’s U and W sections in what sources claim was a drug-related matter. Cele said the police had yet to make any arrests regarding the shooting in Umlazi.

KwaZulu-Natal premier Sihle Zikalala says no election is worth the blood of innocent people.
News
8 months ago

Three people were killed when gunmen opened fire on a group on people in Inanda, north of Durban on Saturday afternoon.
News
8 months ago

Police minister Bheki Cele said some of those who died in a hail of bullets in two mass shootings in Umlazi, Durban south, this week were hardened ...
News
8 months ago