'Her departure left a huge void, but this is not the end of the NFP,' says party during election campaign in KZN 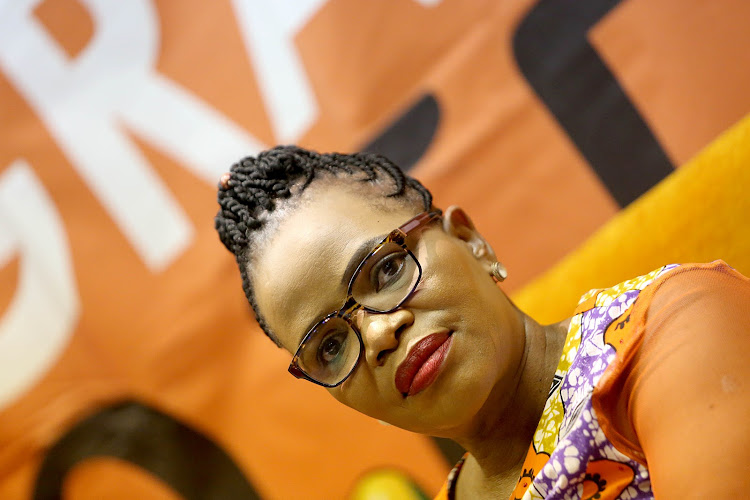 The National Freedom Party says it is confident that it will do well in the upcoming local government elections. It says it will use these elections to honour late leader, Zanele kaMagwaza-Msibi.
Image: THULI DLAMINI

The National Freedom Party (NFP) on Sunday said it will use the 2021 local government elections to honour its late founding president Zanele Magwaza-Msibi.

“We have done enough ground work and we are convinced that we will do well as the NFP in this local government election,” said the party’s secretary-general Canaan Mdletshe, in an interview with Newzroom Afrika at Elandskop outside Pietermaritzburg on Sunday.

Magwaza-Msibi, who served as deputy minister of science and technology in former president Jacob Zuma's executive between 2014 and 2019, died of cardiac arrest on September 6. The 59-year-old had been ill and was admitted to a Durban hospital.

The NFP is one of many political parties who are criss-crossing the country on day two of the voter registration weekend with hopes of mobilising South Africans to vote on November 1 when the country goes to the polls.

The party, which failed to stabilise after Magwaza-Msibi suffered a stroke in 2014, was dealt another blow in 2016 when it missed the Electoral Commission’s deadline to pay for the registration fee to allow it to contest the elections.

However this year, Mdetshe says the party is contesting in eight provinces.

“We are no longer a regional party, we have a national footprint and that is why we have MPs in parliament. We are not only focusing on KwaZulu-Natal, which is our stronghold, but we are going all out. These elections are going to be one of the best for the NPF, especially considering that in 2016 we were unfortunately unable to contest in the elections. So we are going to make up for that time.”

He said NFP members were eagerly awaiting the elections. All of our candidates are getting support from national leadership and the provinces because we want to make sure that we are doing this for kaMagwaza-Msibi,” he said.

Addressing fears that the party might disappear after the death of their founding president, who was the face of the party, Mdletshe said: “It’s true and a fact that kaMagwaza-Msibi’s departure has left a huge void in the NFP but that does not mean that this is the end of the NFP. We now have leadership and as the leadership we are now focusing on the elections.”

The party is hoping to elect a new leader after the local government elections.

According to National Freedom Party leader, Jeremiah Bhekumthetho Mavundla , it was never Zanele Magwaza-Msibi's will to leave the IFP but she had ...
Politics
9 months ago

Tributes have been pouring in after the death of NFP leader and founder Zanele Magwaza-Msibi from cardiac arrest.
Politics
9 months ago

The IFP wasn’t ready for change and SA did not know it needed her, but Zanele kaMagwaza-Msibi went ahead anyway — a political firebrand raising the ...
Opinion & Analysis
9 months ago