Accident scene investigators are looking at speed and whether an unidentified pedestrian, who died at the crash site, forced drivers to take evasive action 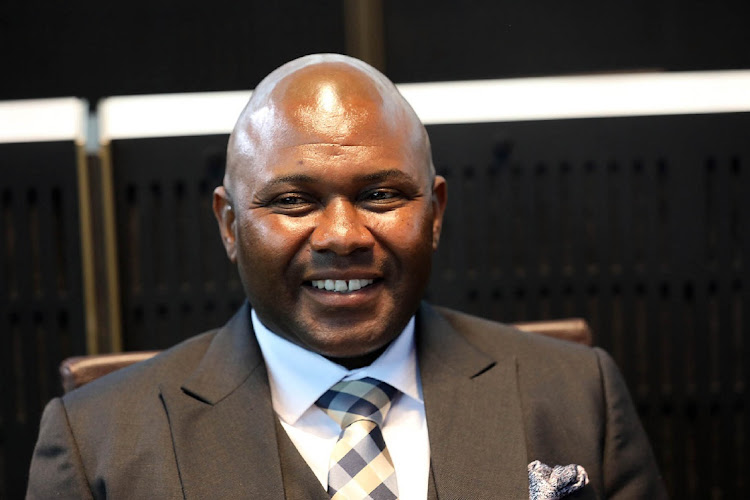 The police are trying to piece together the horrific crash scene on Johannesburg’s Golden Highway where newly elected mayor Jolidee Matongo died on Saturday.

Key to the investigation is an unidentified pedestrian and a 23-year-old Lenasia motorist who also died in the accident.

Matongo was returning home on Saturday night after a door-to-door election campaign with President Cyril Ramaphosa when the BMW X5 in which he was travelling collided with another vehicle.

Matongo’s driver and bodyguard were seriously injured in the crash near Lenasia South.

Crucial to the investigation, said a police source, is the pedestrian.

“At this stage the theory is the pedestrian was trying to cross the highway when one of the vehicles swerved to avoid him. It’s not known whether it was the mayor’s driver who tried to avoid the pedestrian or the other driver.”

The newly elected mayor died as he was returning from a voter registration event in Soweto where he was campaigning for the ANC with President Cyril ...
Politics
2 months ago

He said accident scene investigators had spent Sunday searching the site for clues to the cause of the crash.

“The damage to both vehicles is extensive. The investigation will also look into the speeds at which both cars were travelling when the crash occurred, which appear to have been way above the speed limit,” said the police source.

Johannesburg metro police department spokesperson Wayne Minnaar confirmed the 23-year-old driver of the other car and the unidentified pedestrian had died in the crash.

Asked about the cause of the accident, he said the investigation was in its early stages.

“At this stage it’s impossible to say. The mayor’s driver and bodyguard, who are recovering from their injuries in Milpark Hospital, need to be interviewed.”

Matongo had been mayor for just over a month after being elected unopposed at the city’s council meeting in August. He succeeded Geoff Makhubo, who died of complications related to Covid-19.

President Cyril Ramaphosa is “deeply saddened” by the death of Johannesburg mayor Jolidee Matongo in a car crash.
Politics
2 months ago

The newly elected City of Johannesburg mayor, Jolidee Matongo, has died, an official in the municipality has confirmed.
Politics
2 months ago

DA leader John Steenhuisen has come out in support of Nelson Mandela Bay mayor Nqaba Bhanga, just a few hours before Bhanga was supposed to make a ...
Politics
2 months ago