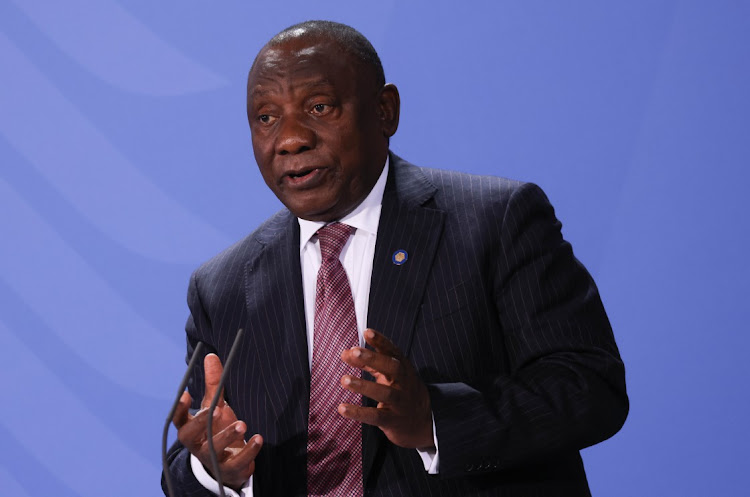 President Cyril Ramaphosa has called on the UN to put the issue of reparations for victims of the slave trade on its agenda.

“We support the adoption of special measures, including affirmative action programmes and targeted financial assistance, as restitution to communities whose ancestors were sold into slavery,” he said.

Ramaphosa was speaking on the 20th anniversary of the Durban Declaration during the 76th UN General Assembly on Wednesday.

Ramaphosa said the constitution, which was adopted 25 years ago, affirmed that South Africans had to work together towards building a society based on social justice and fundamental human rights and correcting the injustices of our past. This applied to all injustices globally, he said.

“We further support all measures being undertaken to address the historic and contemporary discrimination against people of African descent,” said Ramaphosa.

The mass expulsion of Haitians from the US without screening for their protection needs may contravene international law and constitute forced ...
News
3 weeks ago

He added that the legacy of the slave trade continued to be felt in the Americas, the Caribbean, Europe, the Middle East and in Africa.

“Millions of the descendants of Africans who were sold into slavery remain trapped in lives of underdevelopment, disadvantage, discrimination and poverty,” he said.

Ramaphosa said SA called for an increase in representation of people of African descent in global institutions and in positions of leadership.

“As we strive to correct the wrongs of the past, we must combat the racism, sexism and national chauvinism of the present. Racism directed at ethnic minorities, migrants, refugees, the LGBTQI+ community and other marginalised groups has led to the denial of opportunity, to institutionalised discrimination, and to violence,” he said.

Twenty years ago at the World Conference against Racism, Ramaphosa said a commitment was made towards an anti-discrimination agenda that would bring new hope and change to the lives of millions.

“Just as we stand united to combat the Covid-19 pandemic, must recommit ourselves to implement the Durban Declaration and Platform for Action. We must pursue this objective with energy and goodwill. Ending racism is a fight in which each of us has a stake.”

Ramaphosa calls on African leaders to strengthen ties with the Caribbean

President Cyril Ramaphosa has urged African and Caribbean heads of state to use their shared heritage to deepen relations.
News
1 month ago

Seven-times world champion Lewis Hamilton, for the first time in his racing career, felt like he wasn't alone as he fended off racist abuse after his ...
Motoring
2 months ago

US Jesuit priests to raise $100m for descendants of slaves

A prominent order of US Catholic priests has created a foundation to raise a $100 million for the descendants of the slaves it once owned and sold ...
News
7 months ago