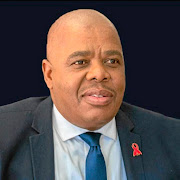 Health department director-general Sandile Buthelezi has been placed on precautionary suspension over his alleged role in the Digital Vibes tender saga.

The same contract led to the suspension, followed by the resignation, of former health minister Zweli Mkhize.

Health ministry spokesperson Foster Mohale on Sunday confirmed that Buthelezi has been suspended after a report by the Special Investigating Unit (SIU) into the alleged tender fraud. The report is yet to be released publicly.

Buthelezi will face a disciplinary hearing regarding his role in the Digital Vibes matter.

Mohale said while the R150m Digital Vibes communications contract was already in place when Buthelezi assumed the role of director-general in 2019, it was what he potentially failed to do afterwards that resulted in his suspension.

“Like in any organisation, the issue of the accounting authority obviously requires that it be checked whether they were aware or not. So it’s not to say that he has awarded the contract, because it was awarded before he arrived, but he took over and the contract continued even then. When they investigated, they regarded [the DG as head] of the accounting authority so if they found that it was unlawful, they have questioned what did he do about it,” said Mohale.

It was not immediately clear whether the suspension had resulted in Buthelezi’s salary being withheld.

In August, the Sunday Times reported that papers filed by the SIU at the Special Tribunal indicated that department officials went as far as creating fictitious companies and doctoring the scores of competitors to eliminate competition for Digital Vibes - the beneficial owners of which were Mkhize’s friend Tahera Mather and his former personal assistant, Mather’s niece Naadhira Mitha.

“The procurement process was ... a sham, designed and conducted to reach the predetermined result that Digital Vibes would be appointed,” lead investigator Rajendra Chunilall said in the SIU’s founding affidavit.

Matsoso said she received a text message from Mkhize three days after the department had unsuccessfully tried to appoint Mather as a communications consultant on the National Health Insurance (NHI) scheme in July 2019, instructing her to ensure that Mather was hired.

Ten days later, the department asked the National Treasury to approve a R133m NHI communications contract with Digital Vibes without a bidding process. The Treasury refused, advising the department to advertise a public tender. But instead of advertising, the department issued a closed tender to 10 companies.

Brandswell had the upper hand because its R69m quote was less than half of the R141m Digital Vibes wanted.

But then, said Le Roux, the department inexplicably issued a second RFP and amended the specifications.

One of Brandswell’s scores was lowered, leading to the company scoring below the required 60% to get the contract. On the other hand, the more costly Digital Vibes was  awarded full scores for experience even though it could not submit the required reference letters.

Le Roux found that the TEC “irregularly and irrationally” marked down Brandswell, “a long-standing and reputable communication solution service provider”.

She concluded: “Clearly, the recommendation by the TEC to award the contract to Digital Vibes was invalid in terms of the provisions the constitution, because the procurement process was not fair, equitable, transparent, competitive and/or cost-effective. Therefore, the service level agreement that was concluded with Digital Vibes should be declared invalid.”