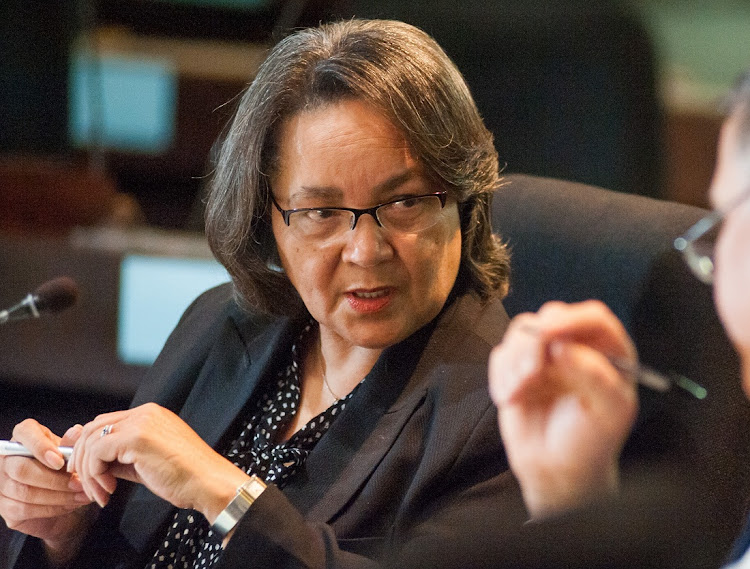 GOOD leader and public works minister Patricia de Lille has lashed out at the DA over claims it is unable to build housing in well-located areas in the Western Cape because it is waiting for the national government to release the land.

De Lille accused the DA of playing "dangerous and childish games” by blaming the ANC for its inability to provide Cape Town residents with housing.

“They are not serious about providing housing to the poor because no politician who truly cares about the pain and vulnerability of those who live so precariously, with the real risk of being completely homeless, would play the kind of dangerous and childish games about access to public land that we have witnessed this past week,” she said.

Last week, the DA's Geordin Hill-Lewis wrote to De Lille and the national government, asking it to surrender the government's lease over Acacia Park and other parliamentary villages to provide housing for the people rather than politicians.

The DA claimed it was unfair that only a handful of politicians occupied land that could be used to accommodate thousands of residents who needed housing.

The party suggested that instead of keeping the government's lease of Acacia Park, MPs should instead receive accommodation vouchers which they can redeem when they are in the city.

“Once the lease has been surrendered, the DA-led City of Cape Town will negotiate to buy Acacia Park and partner with the private sector to build homes for thousands of Capetonians on this well-located land,” said the DA.

De Lille said she is not in a position to evict MPs in parliamentary villages as this is the job of the speaker of the National Assembly.

“I am not in a position to terminate this arrangement and evict the MPs who use these homes. As far as I can see, the call for the termination of this housing is not accompanied by an alternative proposal for housing the majority of the MPs, and NCOP, who do not live in Cape Town but who must attend sittings and committee meetings here,” she said.

She claimed some of Hill-Lewis's “colleagues” had told her they had not been consulted about the proposal and did not want to lose their accommodation in the city.

Hill-Lewis on Monday accused De Lille of putting the interests of politicians over those of residents in need of housing.

He claimed that while he was "committed to the release of the 10 hectares of land owned by the City of Cape Town for housing development", the 725ha requested "has the power to massively and sustainably reduce Cape Town’s housing shortage".

Spanning just 25 streets between the Braamfontein and Brixton cemeteries in Johannesburg, the Fietas neighbourhood is desperately trying to claw back ...
News
8 months ago

The City of Cape Town has lost a high court battle to evict a group of families from a row of cottages in Bromwell Street in Woodstock, where they ...
News
8 months ago

Instead of tabled highfalutin proposals like building a ‘smart city’, Cyril and Co should first figure out how to build toilets
Opinion & Analysis
8 months ago