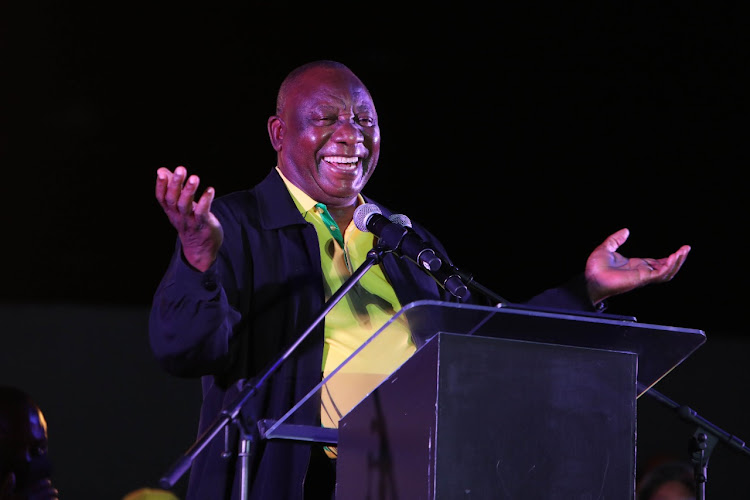 The ANC hasn't always done well in service delivery and has been slow to act against leaders accused of wrongdoing and abusing their position, but the party is committed to self-correcting, said President Cyril Ramaphosa on Monday.

The ANC launched its 2021 local government elections manifesto ahead of the polls on November 1.

Ramaphosa said while the ruling party had made significant strides in governance, there was room for improvement.

He urged South Africans to go out in numbers and vote for the ruling party which is in the process of renewal and reform.

“We have been serving the people of this country for the past 27 years. Vote for us, invest your vote in us once again and the ANC will deliver,” he said.

Here's everything you need to know about the manifesto:

Ramaphosa said the ruling party has, in the past year, created over 1-million job opportunities, something which demonstrates the ANC's seriousness in tackling joblessness.

“In the last year alone we have implemented a massive employment programme that is historic in scale and pace of rollout. We have created close to a million job opportunities even during this pandemic,” said Ramaphosa.

The president said the party will improve local governments across SA.

“We want to do this based on the successes we have been recording in reforming various institutions and processes at national government level. Now is time for us to focus on local government and we intend to do just that.”

More than 5-million households benefited from free basic water and electricity services. These services will be rolled out to more communities and their quality improved, said Ramaphosa.

“We are going to improve the quality of water and sewerage infrastructure and reduce water leaks. We will ensure that all poor households will receive the free basic water allocation to which they are entitled in terms of our policy,” he said.

The ANC government will make available municipal land for community gardens and other projects.

“The ANC will link food production to support small-scale farmers and local procurement. In particular, we will ensure the unrestricted development of urban and pavement gardens where crops can be planted to increase food security,” said Ramaphosa.

President Cyril Ramaphosa delivered the ANC's local election manifesto at Church Square in Tshwane on September 27 2021. In the lead-up to the ...
Politics
10 months ago

Individuals who wish to be nominated for mayoral positions will undergo a vetting, selection and interviewing process to ensure they are competent to serve the public.

He said the ruling party has, at national level, worked hard to root out corruption and state capture, efforts which will now be directed at the local government level.

“This will ensure that every person who is placed in this crucial position in ANC-led municipalities has the experience, the capabilities, and the commitment to fill that responsibility,” said the president.

President Cyril Ramaphosa committed to addressing the scourge of joblessness in the country.
Politics
10 months ago

From the desk of President Cyril Ramaphosa

The revelation in parliament that thousands of public servants have been illegally receiving social grants every month shows we still have a long way ...
Politics
10 months ago

ANC President Cyril Ramaphosa has cautioned leaders about airing their dirty laundry in public, saying “we must talk about our issues at home, in the ...
Politics
10 months ago