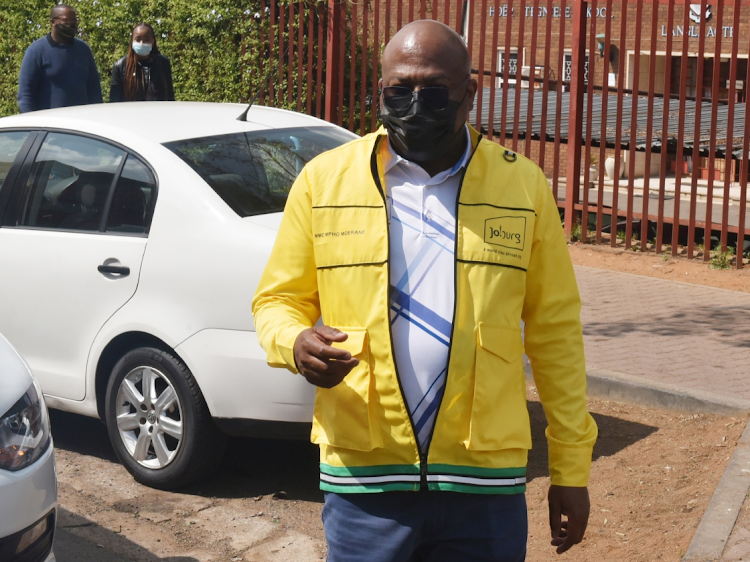 Mpho Moerane was officially sworn in as the new City of Johannesburg Mayor on Friday.

Councillors held the 28th extraordinary council meeting at the metro centre in accordance with section 29 of the Municipal Structures Act of 1998 (Act 117 of 1998).

Moerane’s mayorship comes after the death of Jolidee Matongo, who died in a car accident earlier this month shortly after he took over from Geoff Makhubo, who succumbed to Covid-19 in July this year. 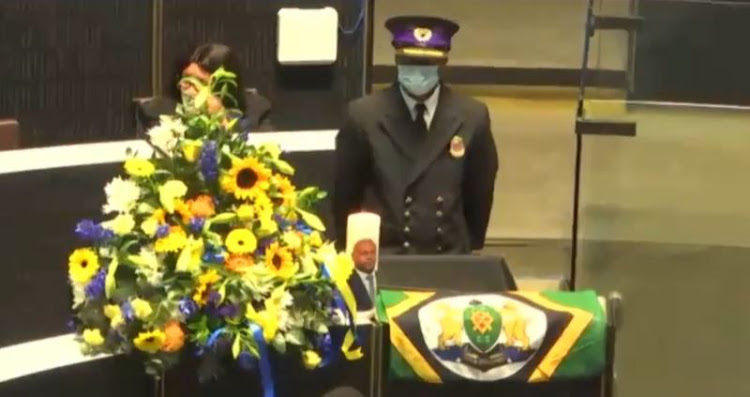 The seat occupied by Jolidee Matongo, who died in a car crash soon after becoming mayor of Johannesburg. His seat is draped in black and a candle was lit for him and 17 other councillors who died during their terms of office.
Image: Screengrab

The event began on a sad note as Matongo was honoured as a dedicated servant of Johannesburg from the age of 13, when he began his political career as an activist.

His seat was draped with a black cloth as a symbol he would never sit in it again.

A candle was lit in remembrance of the 18 councillors who  died during their terms of office.

The event can be summed up in the words of councillor Alison Roberts: “A spear has fallen. Let us pick up that spear.”

Matongo’s wife sat in a special seat in front of his seat in council.

Moerane is former MMC for environment and infrastructure services in the city and ANC Johannesburg regional treasurer.

Following the election of the mayor will be a swearing-in of the newly appointed members of the mayoral committee at 2pm.

Mpho Moerane likely to be next Joburg mayor, but only until local government vote

Mpho Moerane will temporarily take over as Johannesburg mayor from Friday, but he still has a long battle ahead to cement his position after the ...
Politics
2 weeks ago

'My humble, calm husband ... I am going to miss you' - wife of late Joburg mayor pays tribute at funeral

The heartbreaking sobs of Kedibone Matongo filled the Finetown hall in Johannesburg on Friday as her moving tribute to her late husband, executive ...
Politics
3 weeks ago

'He was so well loved': Ramaphosa pays respects to family of Jolidee Matongo

President Cyril Ramaphosa on Thursday sang the praises of the late Johannesburg mayor  Jolidee Matongo, saying he was an outstanding leader who ...
Politics
3 weeks ago